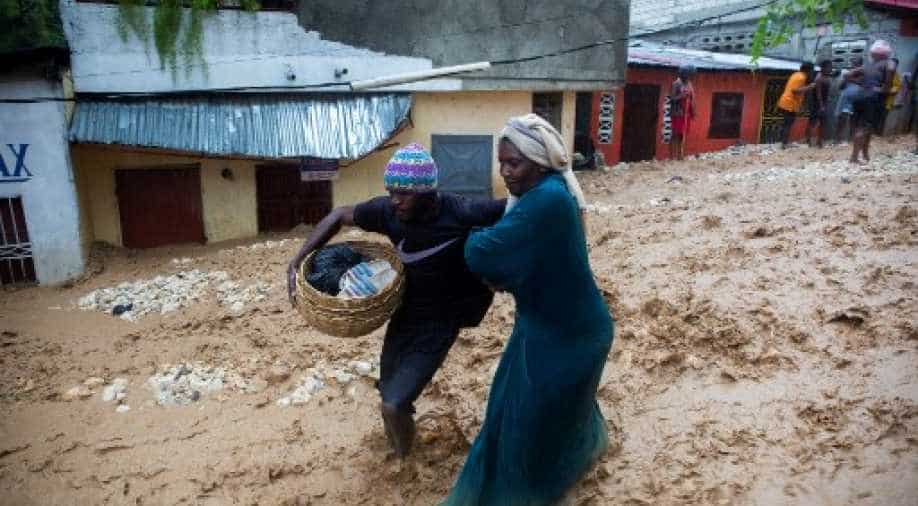 The US Gulf coast is predicted to get torrential rain this week due to storm Marco and Tropical Storm Laura.

Tropical Storm Laura lashed Cuba as it made its way to the United States even as the US National Hurricane Center said it would make landfall in Louisiana later in the week.

Tropical Storm Marco made landfall near the mouth of the Mississippi River on Monday. The storm is likely to bring heavy rainfall in Louisiana, Mississippi, Alabama and the Florida, weather forecasters said. It is currently centred at the southeastern tip of Louisiana.

Storm Marco was downgraded from a hurricane overnight. Tropical Storm Laura left 13 people dead as it made its way from the Caribbean with winds gusting to 146 kilometres an hour accompanied with waves of more than 10 feet battering Maisi area of Guantanamo province even as heavy flooding was reported in Jamaica and the Cayman Islands.

Cuban authorities had earlier evacuated at least 160,000 people from Camaguey, Granma, Santiago de Cuba and  Guantanamo. At least nine people were killed in Haiti as the storm tore through the region.

Energy companies have already suspended oil and natural gas production in the Gulf Coast in the wake of the storms.