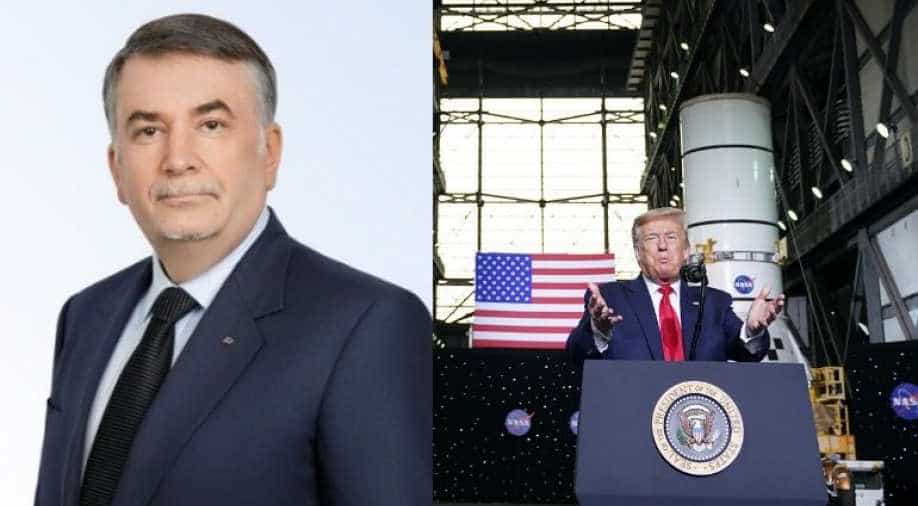 'The hysteria that arose after the successful launch of the Crew Dragon ship is not very clear,' said Vladimir Ustimenko, spokesman for Roscosmos.

After the launch of Crew Dragon, Donald Trump addressed the attendees in the room and said the United States had regained its place as the world’s leader in space, that US female astronauts will be the first to reach the moon, US astronauts would be the first ones to land on Mars soon. He also claimed that Washington would soon have “the greatest weapons ever imagined in history.”

As Donald Trump made the comment, Vladimir Ustimenko, spokesman for Roscosmos, Russia’s space agency, took to Twitter to describe Trump's comments as nothing but mere hysteria.

"The hysteria that arose after the successful launch of the Crew Dragon ship is not very clear. What happened was to happen a long time ago. Now, not only Russians will fly to the ISS, but also Americans. So that's great!,"  he tweeted.

"It is very important to have at least two possibilities to reach the station. After all, it’s not enough ... Everything happened in space, and you must have at least two transport systems capable of ensuring the presence of crews of different countries on board the ISS," he added.

Roscosmos head Dmitry Rogozin also took to Twitter to congratulate NASA chief Jim Bridenstine for the success. “Bravo! I know how anxious you were for this major event to become a success,” he wrote.

Rogozin, however, joked and said he appreciated the joke made by Elon Musk, as a reply to his joke that he made in 2014 that the United States should try using a trampoline to get to the ISS. Elon Musk had replied to the 2014 joke by saying, "the trampoline is working”.

Ustimenko said Russia is planning to test two new rockets this year and will be resuming its lunar programme next years.

"This year we will test two new missiles, and next year we will resume our Lunar program. It will be interesting!," he confirmed through his tweet.