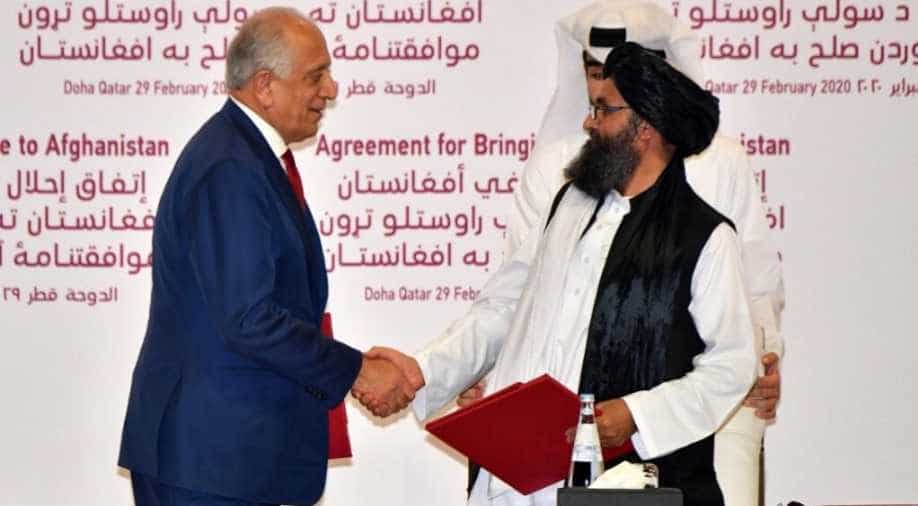 In a bid to end the 18-year-old war in Afghanistan, the United States and Taliban representatives officially signed the historic peace deal on Sunday in the Qatari capital Doha. Read more

Opposition urges 'Russia without Putin' in rally for slain liberal

Thousands rallied in central Moscow on Saturday to call on President Vladimir Putin not to stay in power indefinitely, in the first major protest by the Russian opposition since the Kremlin chief announced controversial plans to change the constitution. Read more

Iran Saturday dismissed as "rumours" a report that coronavirus has killed more than 200 people in the country, one of the hardest hit by the disease, with senior officials among those infected. Read more

Malaysia's 94-year-old Mahathir Mohamad lost out in the battle to become prime minister on Saturday as the king named former interior minister Muhyiddin Yassin after a week of political turmoil sparked by Mahathir's resignation. Read more

South Korea confirmed 813 more coronavirus cases on Saturday, the biggest increase to date for the country and taking the national total to 3,150 infections with four additional deaths. Read more

Asia Bibi, a Christian woman sentenced to death for blasphemy in Pakistan, said on Friday that she had been invited to live in France by President Emmanuel Macron.  Read more

A federal appeals court Friday blocked a key asylum policy of Donald Trump's administration which has forced many applicants to wait in Mexico while their claims are processed, delivering a blow to the US president's signature crackdown on migration at the southern border. Read more

US health officials reported Friday a fourth case of novel coronavirus of unknown origin, indicating the disease was spreading in the country. Read more

In an unprecedented move, Saudi Arabia will stop Gulf citizens from visiting the holy cities of Mecca and Medina amid coronavirus fears.

The kingdom suspended visas for the year-round Umrah pilgrimage yesterday. This is the first time that the Saudi Kindom has announced such a travel restriction which has caught the Muslims across the world off-guard.  Read more