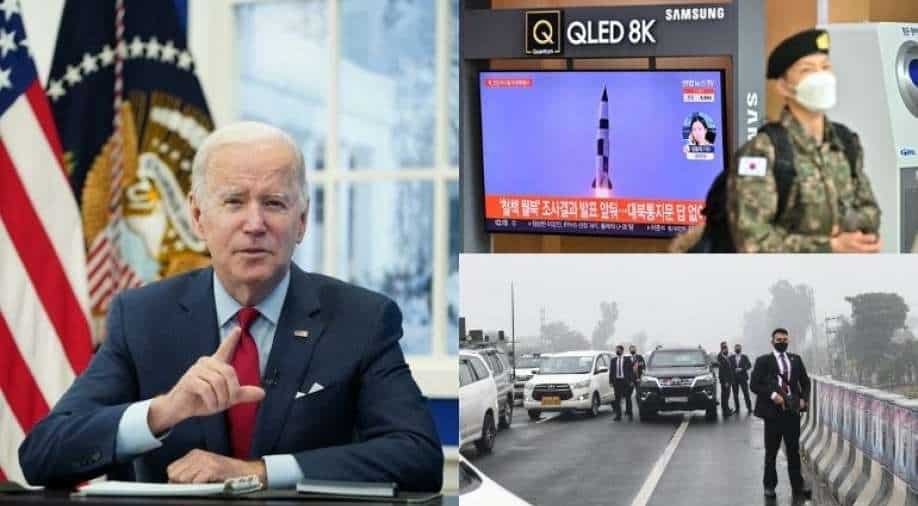 In this combination of images, US President Joe Biden can be seen along with Indian Prime Minister Narendra Modi's convoy in Punjab and broadcast of North Korea firing a ballistic missile off its east coast. Photograph:( Agencies )

Japanese government leaders condemned North Korea over its suspected missile launch toward the Sea of Japan. More than 1000 public figures in the United States participated in the Capitol riot and aided former President Donald Trump’s effort to overturn the 2020 election as per the Insurrection Index. 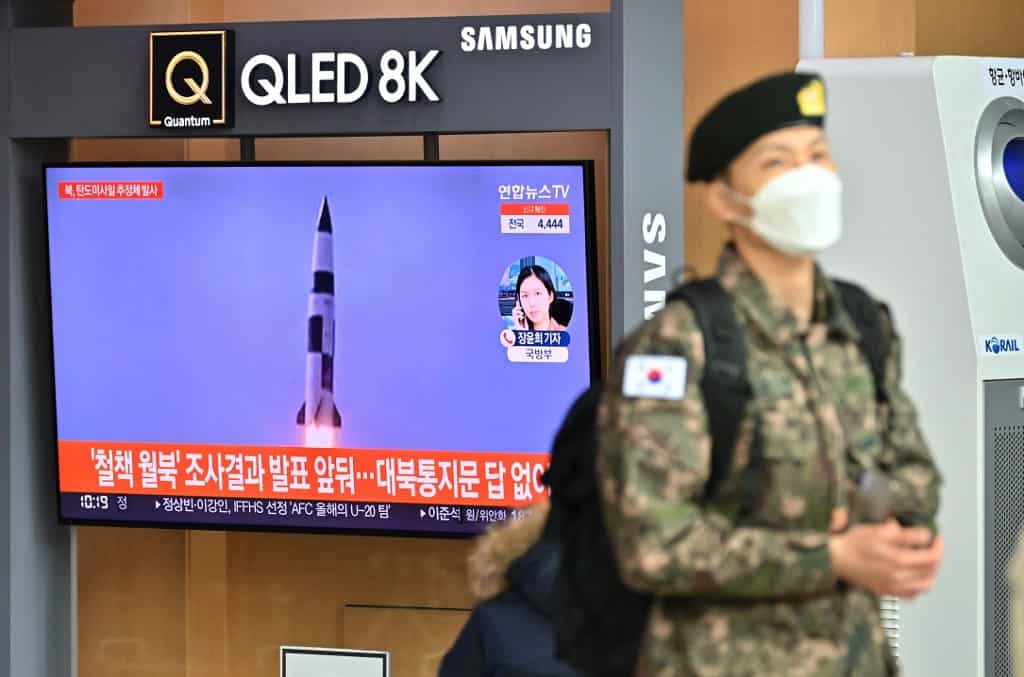 Prime Minister Kishida Fumio told reporters that it is regrettable that such action has occurred repeatedly since last year.

Many of these people are either current or former government employees at the federal, state or local level. 213 of them are incumbents in elected office and 29 are running as candidates for positions of power in the upcoming election. 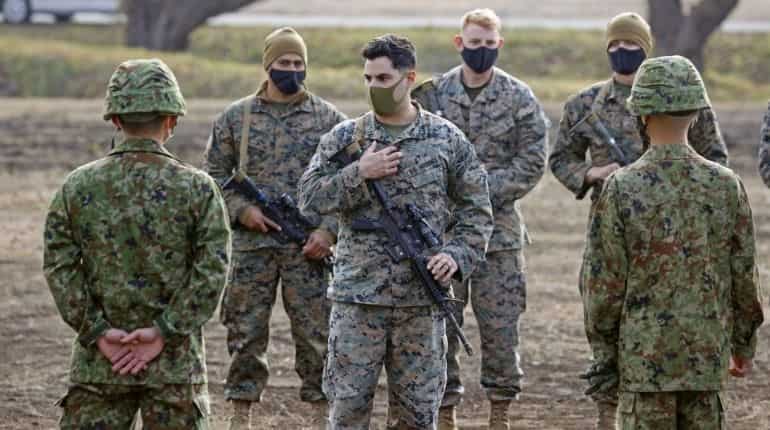 People living in the Japanese prefecture Okinawa are angry at the personnel of the United States military for spreading coronavirus cases.

Major lapse in Indian PM's security, convoy stuck on a flyover for 20 minutes 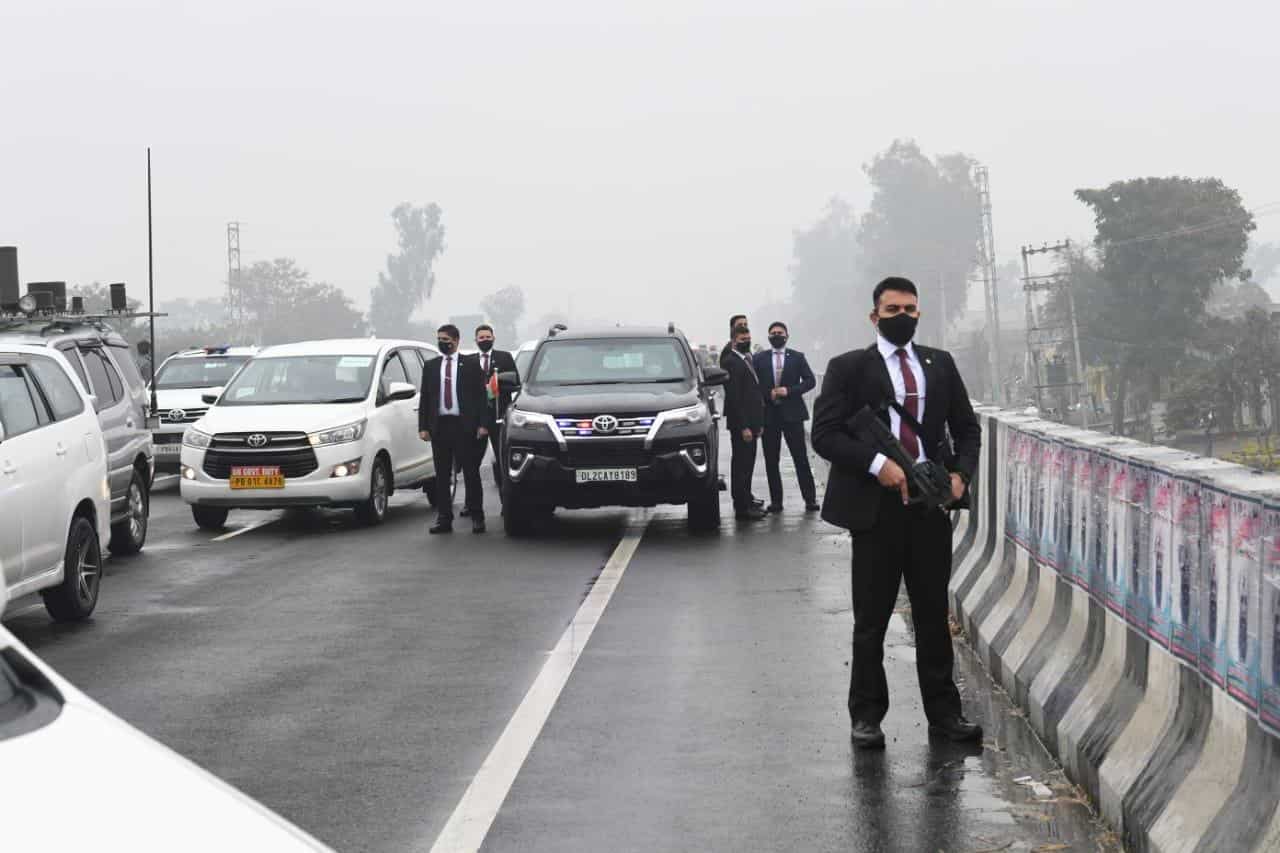 The Ministry of Home Affairs sent a harsh letter on January 5, alleging a "serious lapse in PM Narendra Modi's security" while he was in Punjab for various activities. 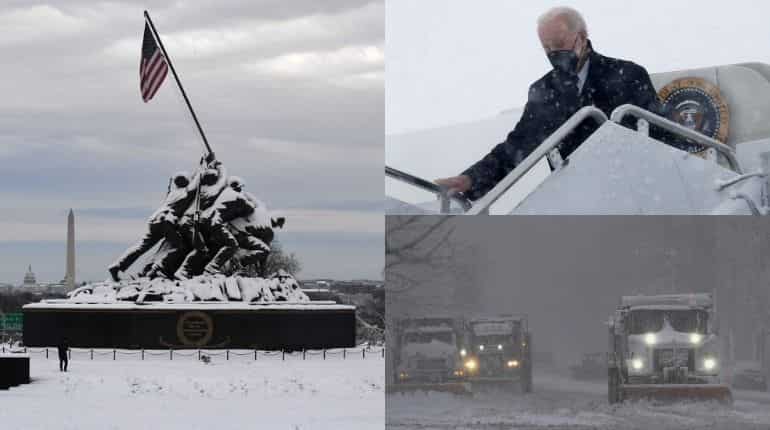 A winter storm packing heavy snow and strong winds engulfed parts of the US Southeast and mid-Atlantic states forcing federal offices and schools to close as it threatened to make travel dangerous and knock out power. 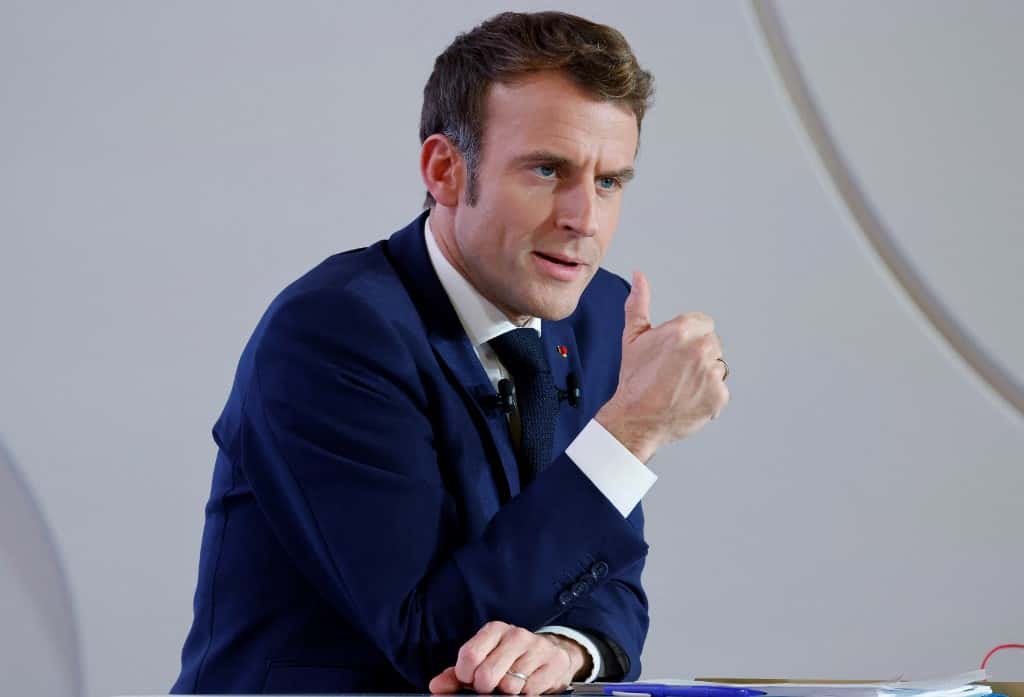 French parliament on Wednesday suspended a debate that went on to discuss President Emmanuel Macron's comment in which he said he wanted to 'piss off' unvaccinated people.

US President Joe Biden’s disapproval ratings have hit a record high in December, according to a new poll, as the voters expressed frustration over his handling of Covid pandemic and the economy. 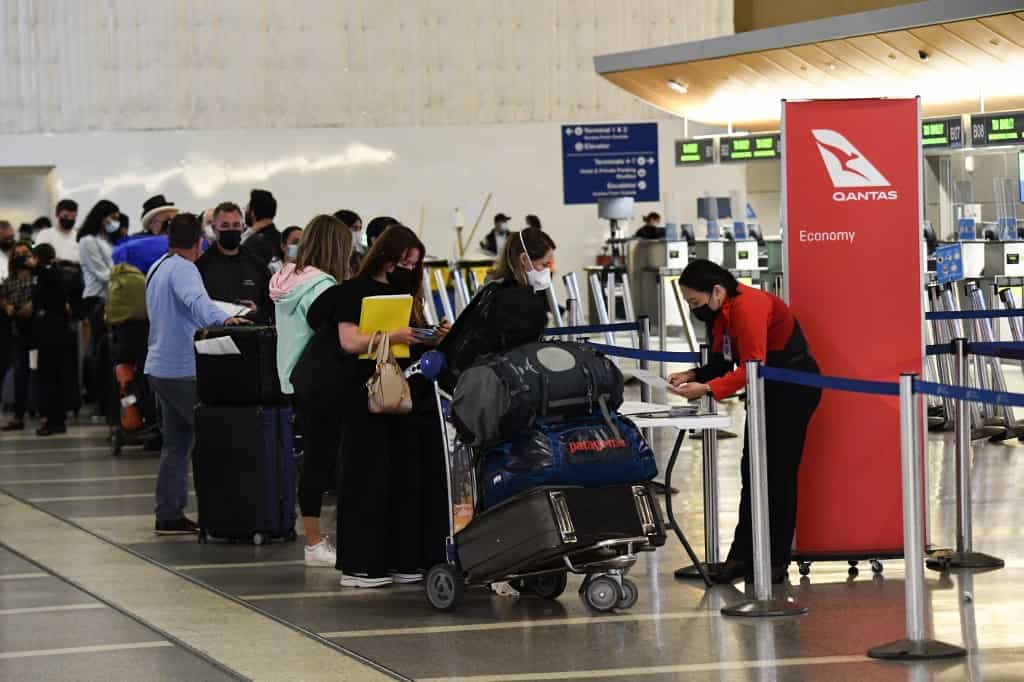 For the third day in a row, Australia's COVID-19 cases surpassed their daily record high, further straining hospital resources and testing facilities as public anger grows over the response to the speedy response to the rapidly spreading Omicron outbreak.

No application for divorce allowed due to cheating, rules China's court 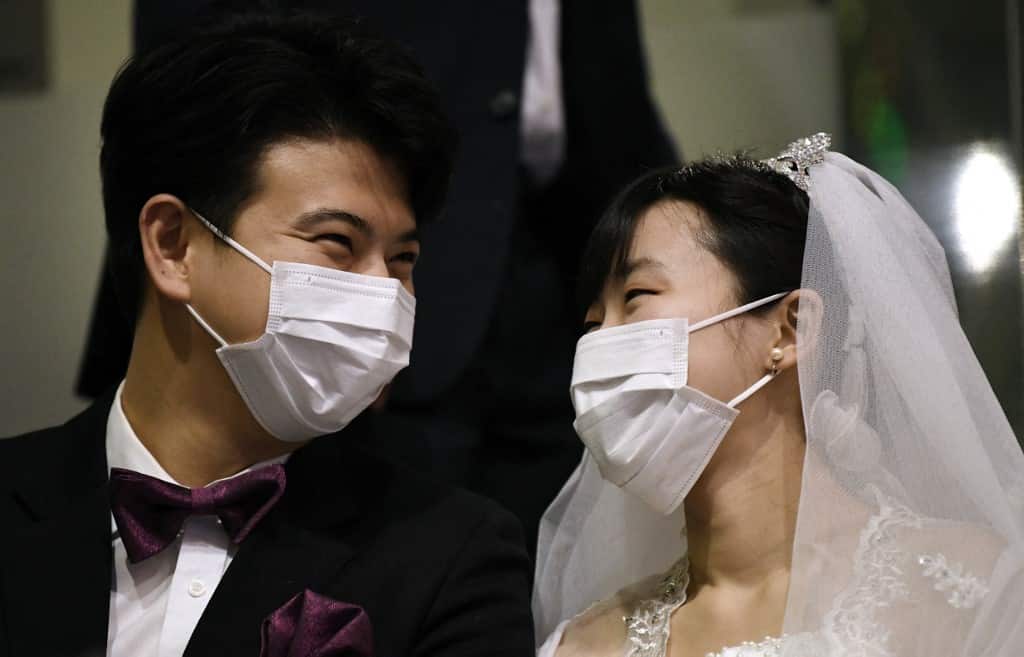 A court in China declared that "application for divorce will not be allowed only because of cheating" creating widespread controversy.

'Historic day’: Same-sex couples, single men can now opt for surrogacy from next week in Israel 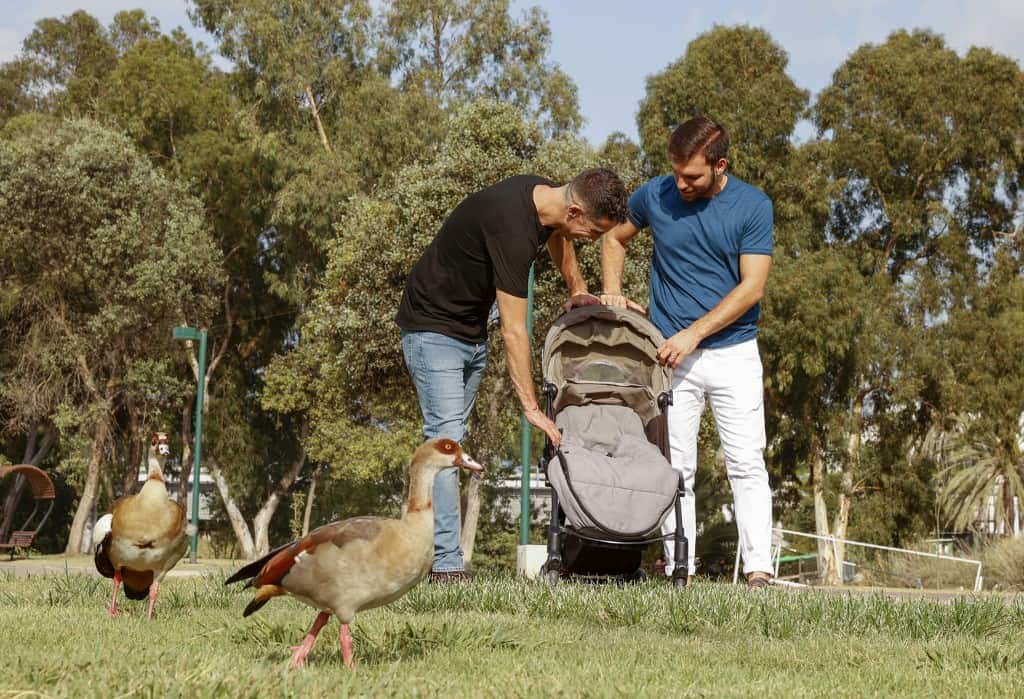 Upholding a Supreme Court ruling, Israel has decided to allow same-sex couples and single men from becoming parents through surrogacy within the country.