Japan: People in Okinawa are angry at US military personnel for spreading coronavirus cases 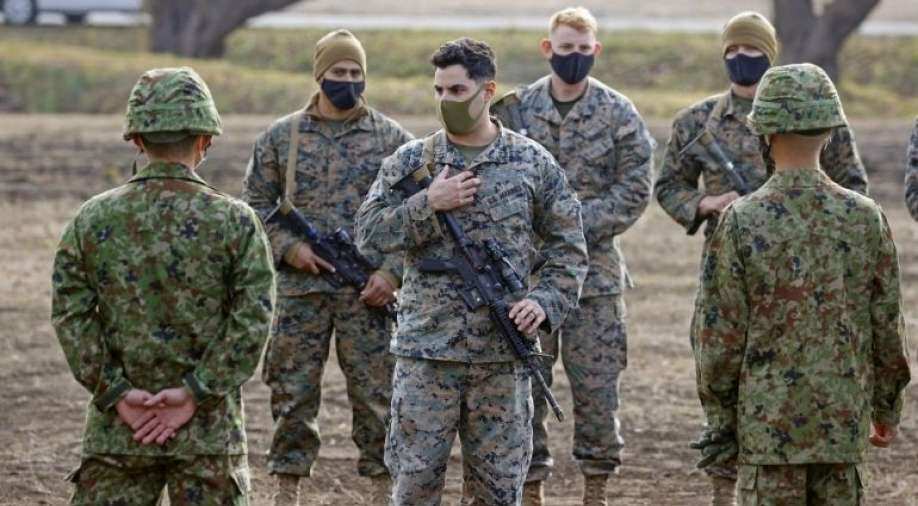 US military in the prefectural capital Naha, on the southern island of Okinawa, Okinawa prefecture, Japan Photograph:( AFP )

As the Omicron variant is fuelling a sixth wave of COVID-19 infections, Okinawa is planning to impose emergency measures

People living in the Japanese prefecture Okinawa are angry at the personnel of the United States military for spreading coronavirus cases.

Okinawa's governor said, “I’m outraged because the sharp increase in cases among US military personnel suggests that their management is insufficient.”

“I urge both the Japanese and US governments to have a strong sense of alarm that [the spread of Covid-19 in Okinawa is being caused by] a systemic problem,” he added.

Also see | What is the new coronavirus strain discovered in Japan about?

As the Omicron variant is fuelling a sixth wave of COVID-19 infections, the prefecture is planning to impose emergency measures.

It would be the first such declaration of what are known in Japan as quasi-emergency measures since September 30, when all states of emergency and quasi-emergency that had been in effect for a good part of 2021 were lifted.

“It is clear that infections with the Omicron strain have spread due to the fact that tests were not conducted upon entry and exit from US bases. So should the United States not bear the cost of the resulting economic losses?” asked Tadashi Kadokura, an economist with the BRICs Economic Research Institute.

Okinawa, an island chain 1,500 km (932 miles) southwest of Tokyo, hosts 70 per cent of US military facilities in Japan.

Discoveries of coronavirus clusters and Omicron cases among service members have rankled relations with Japanese authorities there and residents, who number just under 1.5 million.

The region is emerging as the epicentre of a new coronavirus surge with cases more than doubling from the previous day.

New infections in the southern prefecture jumped to 623 from 225 on Tuesday, the most since August.