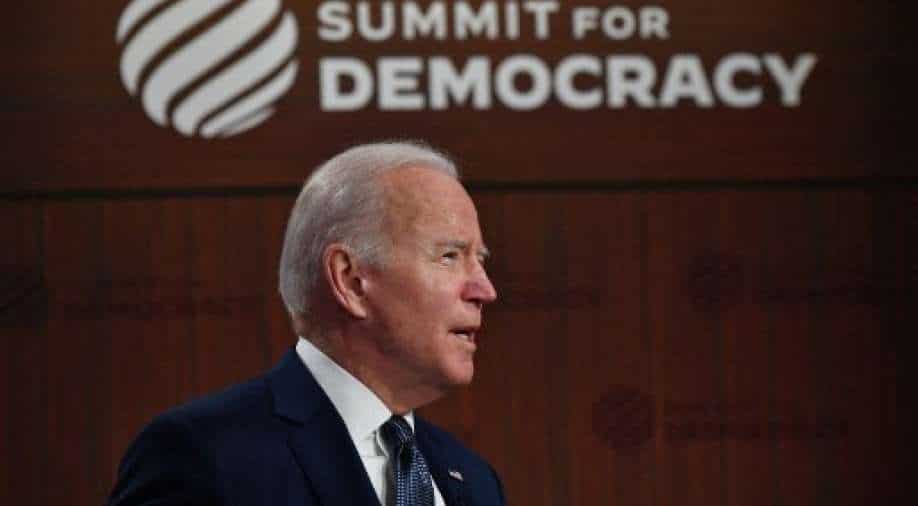 US President Joe Biden’s disapproval ratings have hit a record high in December, according to a new poll, as the voters expressed frustration over his handling of Covid pandemic and the economy.

According to new CNBC/Change Research poll, 56 per cent of voters disapproved of Biden’s job, an uptick from 54 per cent in September and 49 per cent in April.

The December reading is the worst ratings of his presidency as he approaches the end of his first year in office.

His approval rating now stands at 44 per cent.

Additionally, 46 per cent of respondents said the stock market is doing “not so good” or “poor” despite one of the market's best years in decades, according to CNBC.

Regarding vaccine mandates, the survey also indicated that 50 per cent said Biden had gone too far. 26 per cent said the administration had the right approach, and 24 per cent said it had not gone far enough.

The survey included 1,895 respondents from Dec. 17 through Dec. 20. Its margin of error is plus or minus 3.1 percentage points.

Biden’s inability to garner credit for one of the stock market’s best years in living memory is symptomatic of a larger problem for Democrats in 2022: The party can’t seem to convince voters that things are better than they were 12 months ago, the CNBC report concluded.