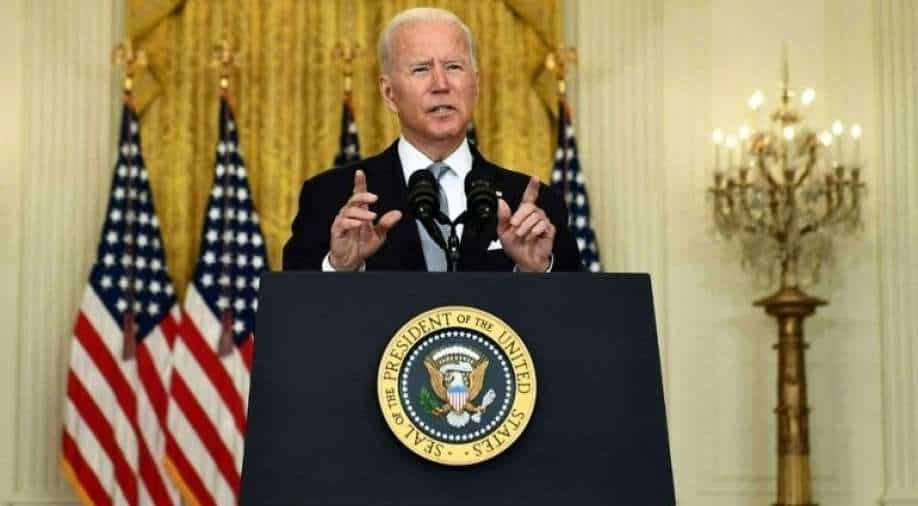 His overall rating now stands at 49 per cent disapprove and 45 per cent approve, which has worsened since late August

Within 10 months into his presidency, Joe Biden already seems to be taking a massive hit in the approval ratings. According to ABC News/Ipsos opinion poll, the public opinion of Biden has further declined compared to August.

The ratings were based on Biden’s handling of key issues —the pandemic, immigration and the situation at the US-Mexico border, gun violence and rebuilding the nation's infrastructure.

The poll states that the dissatisfaction among the Republicans and independents is fuelling the decline, but the president’s ratings are also being hampered by more “lacklustre approval among members of his own party than presidents typically enjoy”.

His overall rating now stands at 49 per cent disapprove and 45 per cent approve, which has worsened since late August.

However, the opinion polls indicated that the US President’s approval ratings have differed according to specific issues.

For example, Biden’s performance on the Coronavirus response seems to have been welcomed by many with nearly 6 in 10 (57 per cent ) Americans approving of how he is handling it.

But compared to the ABC News/Ipsos poll in August, Biden’s approval on this issue is down seven points overall and among independents, and down 14 points among Republicans.

It's also down 15 points from his late March record high on COVID-19 job performance in ABC News/Ipsos polling.

Handling of the US economy continues to be the biggest challenge for the Biden administration, as about equal shares of the public approve and disapprove of his handling of the economic recovery, 51% to 48%.

The percentage of Americans disapproving of Biden on the economy increased seven points since late August.

On the issue of rebuilding the nation’s infrastructure, the Americans approve of Biden’s handling of this issue, 55 per cent to 44 per cent, but disapproval has increased by nine points since late August

Among Republicans and independents, approval dropped 10 and nine points, respectively.

Black and Hispanic Americans overwhelmingly support the president's handling of the United States' infrastructure, with 71 per cent and 70 per cent respectively approving, while a majority of white Americans (54 per cent ) disapprove.

Apart from that, Biden’s approval among US adults overall falls below 40 per cent on all three of those issues —38 per cent on gun violence, 38 per cent on Afghanistan and 33 per cent on immigration and the situation at the border, the ABC News/Ipsos poll found.