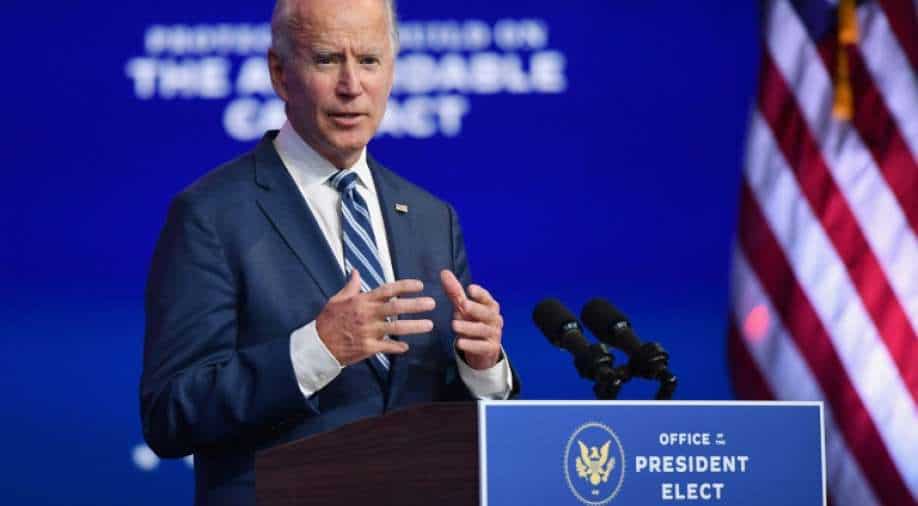 The poll states that Biden's approval rating stands at 51 percent nationwide, with 42 percent of the United States disapproving him as their leader

US President Joe Biden's approval rating is witnessing a downward trend and have fallen in the past two months, according to a poll conducted by Monmouth University.

The poll states that Biden's approval rating stands at 51 percent nationwide, with 42 percent of the United States disapproving him as their leader. His disapproval rating has jumped from 30 per cent to 42 per cent.

The poll also finds the job rating for Congress at 30 per cent approve and 59 per cent disapprove and views of the nation’s trajectory at 34 per cent who say it is headed in the right direction and 61 per cent saying it is on the wrong track.

Both ratings were slightly better in January: 35 per cent approve to 51 per cent disapprove for Congress and 42 per cent right direction to 51 per cent wrong track for the country. The prior poll’s results were a historical high in eight years of national polling by Monmouth. While the current ratings have declined, they remain on the higher end of the range across which they have fluctuated since 2013.

Patrick Murray, director of the independent Monmouth University Polling Institute said "It’s probably not a surprise that Biden’s honeymoon period has closed quickly. He does maintain a net positive rating, but the Covid stimulus package will be the first significant test of how stable that support is."

Americans continue to give President Biden broadly positive marks on his handling of the coronavirus pandemic but when it comes to Congress, they’re impatient to see more action.

Just over 6 in 10 Americans support the $1.9 trillion Covid stimulus package currently making its way through Congress, while 34 per cent oppose it. Strong support registers at 35 per cent of the public while strong opposition stands at 23 per cent. Overall support for the plan comes from 92 per cent of Democrats and 56 per cent of independents, but just 33 per cent of Republicans.

Most Americans are satisfied with one key component of the package – the $1,400 per person payments to individuals and families who meet certain income levels. A majority say this amount is about right. Another 28 per cent would like to see larger payments and just 14% want smaller payments.

Another aspect of the stimulus plan – increasing additional unemployment benefits from $300 to $400 per week and extending them through the summer – receives support from 67 per cent of Americans. Just 30 per cent are opposed to an extension of jobless aid.

A majorityof the public also supports raising the federal minimum wage to $15 per hour, while 45 per cent are opposed to this. The minimum wage hike was included in the House bill passed last week but is likely to be stripped from the Senate version due to a parliamentary ruling.

“Even though the decision to jettison the minimum wage hike is largely out of Democrats’ hands, one lesson from 2009’s recovery bill is that you don’t get much credit if it is seen as a half measure. The question is whether the minimum wage hike is considered essential. It will be interesting to see how public opinion reacts to the final legislation, both in the short-term and the long-term,” said Murray.

The bill passed by the House did not garner any Republican votes. It will almost certainly face the same fate in the Senate without significant changes. Looking at the plan as a whole, the public is evenly divided on whether the $1.9 trillion amount should be cut in order to gain bipartisan support (48 per cent) or whether the full plan should remain intact even if it only gets support from senators in one party (45 per cent).