'To clarify elements': Investigators question a man over cathedral fire in Nantes 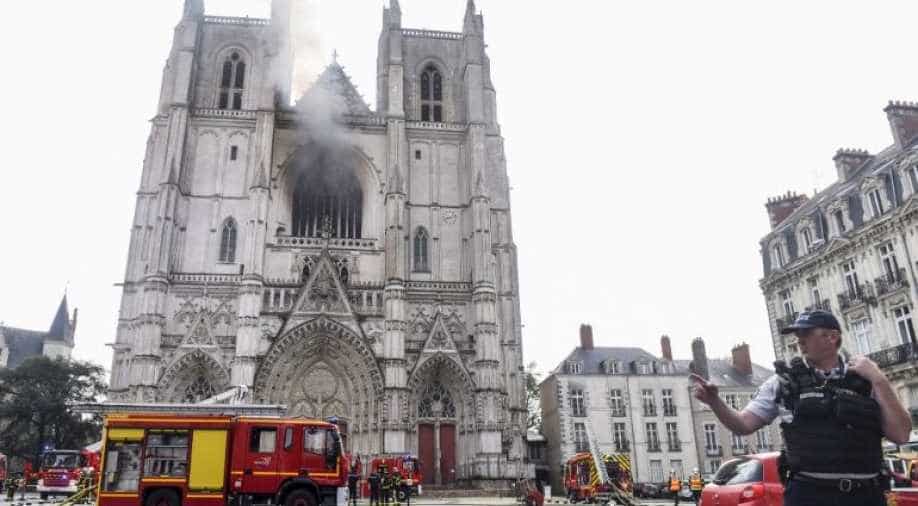 But Sennes said that "any interpretation that could implicate this person in what occurred is premature" and the questioning was part of "normal procedure".

A man was brought in by French investigators regarding the cathedral fire in Nantes a day ago. The man works in the cathedral.

The man "was responsible for locking up the cathedral on Friday evening and investigators wanted to clarify elements of the schedule of this person", prosecutor Pierre Sennes told AFP.

But Sennes said that "any interpretation that could implicate this person in what occurred is premature" and the questioning was part of "normal procedure".

A fire had broken out in the cathedral on Saturday. After two hours, emergency teams managed to contain the fire at the gothic structure, built between 15th and 19th centuries, said regional fire chief General Laurent Ferlay.

Prime Minister Jean Castex said he would visit the scene later on Saturday.

"I want to know what happened but first I'm going to show my solidarity with the people of Nantes," Castex told reporters.

President Emmanuel Macron tweeted his "support for our firefighters who are taking all the risks to save this gothic jewel."

As the fire raged, stained glasses and the 17th-century grand organ -- a star attraction of the cathedral was damaged.