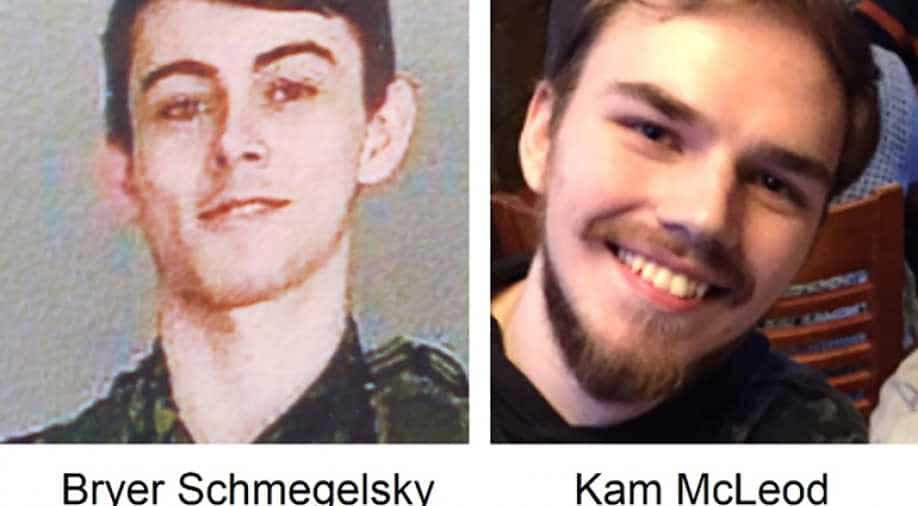 Kam McLeod, 19, and Bryer Schmegelsky, 18, were believed to have been seen on Sunday outside York Landing, a First Nations community of less than 500 people, 90 km (56 miles) south of Gillam, Manitoba, where search efforts were previously concentrated

Canada's air force has been called into a tiny community in northern Manitoba, where two teens suspected of three murders were thought to have been last seen, police said on Monday, as the chase entered a second week.

Kam McLeod, 19, and Bryer Schmegelsky, 18, were believed to have been seen on Sunday outside York Landing, a First Nations community of less than 500 people, 90 km (56 miles) south of Gillam, Manitoba, where search efforts were previously concentrated.

The Royal Canadian Mounted Police (RCMP) in Manitoba posted on Twitter that they have not been able to substantiate the tip "after a thorough & exhaustive search," but that resources will remain in the York Landing and Gillum areas.

The sighting is believed to be the first one in several days of Schmegelsky and McLeod, who were first reported missing on July 19 in British Columbia, but were later described as suspects in the killing of Chynna Deese, a 24-year-old American, and her Australian boyfriend, Lucas Fowler, 23.

Police charged McLeod and Schmegelsky last week with second-degree murder in the death of Leonard Dyck, 64, a Vancouver botany professor.

The RCMP said in a briefing on Monday that they could not confirm the identities of the individuals spotted near a town landfill in York Landing, but are deploying significant resources to the area.

The town is accessible only by air or a two-hour ferry from Gillam in the summer; a rail line runs 20 km (12 miles) to the south.

The suspected sighting was made near the landfill by members of the Bear Clan Patrol, an Aboriginal community watch group based in Winnipeg, James Favel, executive director of the patrol, said. Members of the Bear Clan were patrolling the area when they spotted two individuals who met the descriptions of the fugitives near the garbage dump. They were initially suspicious because the individuals appeared to be without a car, he said.

"Nobody goes to the dump without a vehicle for refuge just in case bears appear, and they do quite frequently," Favel told Reuters.

Upon realizing they had been spotted, the two individuals bolted and disappeared into the tree line, Favel said. He called the area surrounding York Landing "unforgiving territory."

Favel said he was optimistic that Schmegelsky and McLeod would soon be caught, pointing to the level of resources from the RCMP and Canadian military concentrated in the area.

The community of York Landing remains on high alert, with community leaders asking residents to keep their doors locked and remain inside as much as possible.