TikTok challenge: 16-year-old student detained for carrying loaded gun to school in US 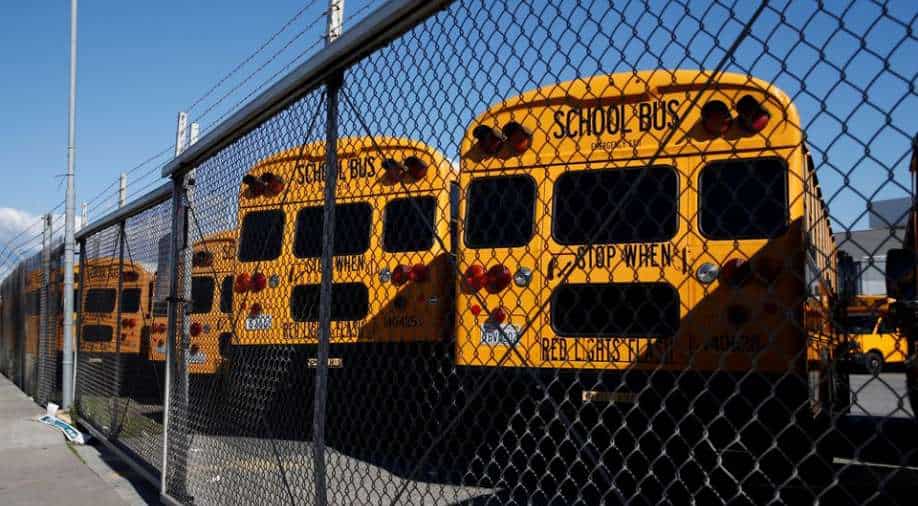 US schools on alert after viral TikTok challenge Photograph:( Reuters )

A 16-year-old student from US’ Florida high school was arrested for carrying a loaded gun on the premises, police officers said, as schools remained on high alert over a disturbing nationwide TikTok trend.

A police team was deployed at Miramar High School on Friday after a staff was notified “about a social media post reportedly depicting an East High School student holding a gun”, according to a statement from the Salt Lake police

A 11th grade student was detained by police due to his demeanour. While searching him, a loaded firearm was found in his small bag that was not allowed due to testing in classrooms, according to police.

The student was then taken into custody, police said.

No other information was provided about the student or the case, or what the student’s possible intentions could have been.

The investigators have not found any evidence of threats posted online by the teen, and it wasn’t clear whether this case had anything to do with the TikTok threats.

In a letter to parents, Salt Lake School District administrators praised the actions of other students who saw the threat and reported it, according to local media reports.

"Those who reported what they knew did the right thing today, and I can't stress enough how important it is for students, parents, and staff to say something when they see something. Please talk to your students about this. For any students who may not feel comfortable approaching staff directly, I strongly urge you to download the SafeUT app," the letter stated. "

This app has the potential to save lives, and we encourage all our community members to download it."

Schools across the US have been on heightened alert after a TikTok video went viral on Thursday that was preaching gun violence in school.

Some schools sent warnings to parents and stepped up security, while others cancelled classes.

TikTok said that it was working with law enforcement to investigate reported videos discussing an upcoming school shooting, but had “found nothing”.

“If we did find promotion of violence on our platform, we'd remove and report it to law enforcement,” it added.