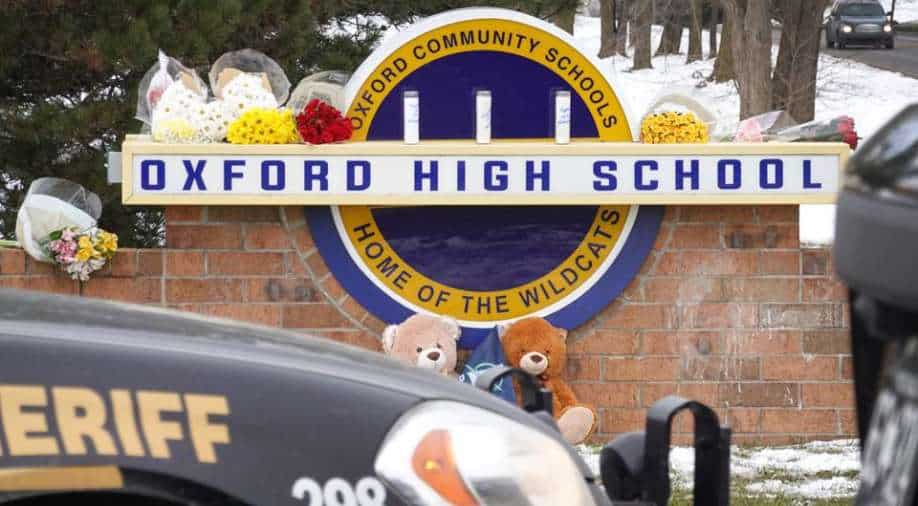 The suspect, Ethan Crumbley had recorded a video on his phone stating that he was planning to launch an attack at the school

The 15-year-old student who opened fire at Oxford High School, in Michigan, on Tuesday will face charges of terrorism, first-degree murder, assault with intent to murder and possession of a firearm. The suspect, Ethan Crumbley, will be tried as an adult.

Currently detained in Oakland County Children’s Village, Crumbley will be facing one count of terrorism which caused death, four counts of first-degree murder for the four students who died due to gunshot wounds, seven counts of assault with intent to murder and 12 counts of possession of a firearm.

Yesterday's tragedy in Oxford left our communities dealing with indescribable pain. Support is available for anyone who needs it.

Please know you are not alone.https://t.co/6t8qvzuW5B

Police are yet to identify a motive for the attack.

Crumbley had recorded a video on his phone stating that he was planning to launch an attack at the school. The local sheriff described the 15-year-old as "absolutely cold-hearted" who went to school with "the intent to kill people."

"It's clear that he came out with the intent to kill people. He was shooting people at close range, oftentimes towards the head or chest," said Oakland County Sheriff Michael Bouchard.

In what is being termed as the deadliest US school shooting so far this year, Crumbley opened fire at his high school in Michigan, killing four people and injuring several others.

For Hana, Tate, Madisyn, Justin, and their families. For the entire Oxford community.

Michigan Governor Gretchen Whitmer, in a press briefing, said, "I think this is every parent's worst nightmare."

President Joe Biden was informed about the deadly shooting on his visit to Minnesota. He said, "My heart goes out to the families enduring the unimaginable grief of losing a loved one. That whole community has to be just in a state of shock right now."