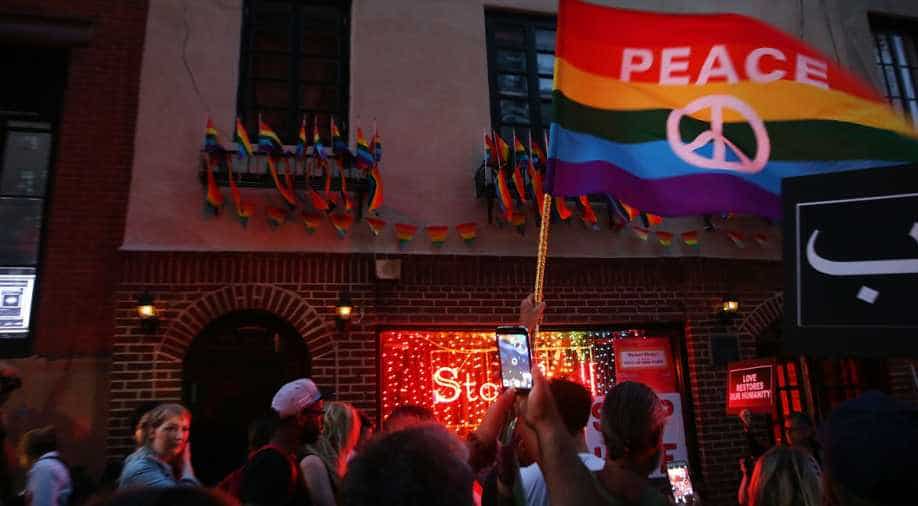 The interfaith protest, sponsored by the Anti-Defamation League and other Jewish groups, began at Manhattan's Foley Square before proceeding across the East River into Brooklyn for a rally at Cadman Plaza as marchers chanted, 'No hate, no fear.'

Thousands marched over the Brooklyn Bridge in New York City on Sunday in a show of solidarity with the area's Jewish community following a spate of anti-Semitic violence in recent weeks, including the stabbing attack on Hanukkah celebrants at a rabbi's home.

The interfaith protest, sponsored by the Anti-Defamation League and other Jewish groups, began at Manhattan's Foley Square before proceeding across the East River into Brooklyn for a rally at Cadman Plaza as marchers chanted, "No hate, no fear."

"I am so grateful to the people of all faiths who have come here today, Christian and Jewish, Hindu and Muslim, and every other faith, to say that we New Yorkers and we Americans will not stand for hate and bigotry," US Senator Chuck Schumer of New York, told the crowd.

"It was just very inspiring, and I hope that people recognize that we are strong and that we will not allow this anti-Semitism that has been rampant in New York City and in the tri-state area and in America to continue," said demonstrator Gail Senten.

"An attack on any house of worship is an attack on all houses of worship," Ismael Claudio, bishop of the Pentecostal Church of Jesus Christ in Brooklyn, told USA Today. "I'm standing with my Jewish brothers and sisters. Today [it's] them: tomorrow, might be us."

The march came just over a week after a man armed with a machete burst into the home of a Hasidic rabbi in suburban Monsey, New York, in the midst of a Hanukkah celebration, and began slashing at guests before he fled.

Six people were wounded, one of them a 72-year-old man who suffered devastating machete blows to his head, arm, and neck that left him comatose and unlikely to recover, according to family members.

The 37-year-old suspect, described by his attorney as suffering from severe mental illness, was arrested after fleeing to Manhattan. He faces six counts of attempted murder in state court, and was charged separately with federal hate crimes by US prosecutors citing journals they said he kept with references to Adolf Hitler and "Nazi culture."

The stabbing in Monsey, a hub of Hasidic life in Rockland County's heavily ultra-Orthodox Jewish community north of New York City, capped a string of incidents in which Jews have been physically attacked or accosted in the greater New York City area in recent weeks. Two Hasidic Jews were killed in a shooting at a kosher supermarket in Jersey City, New Jersey, last month. The two assailants in that assault were killed by police.