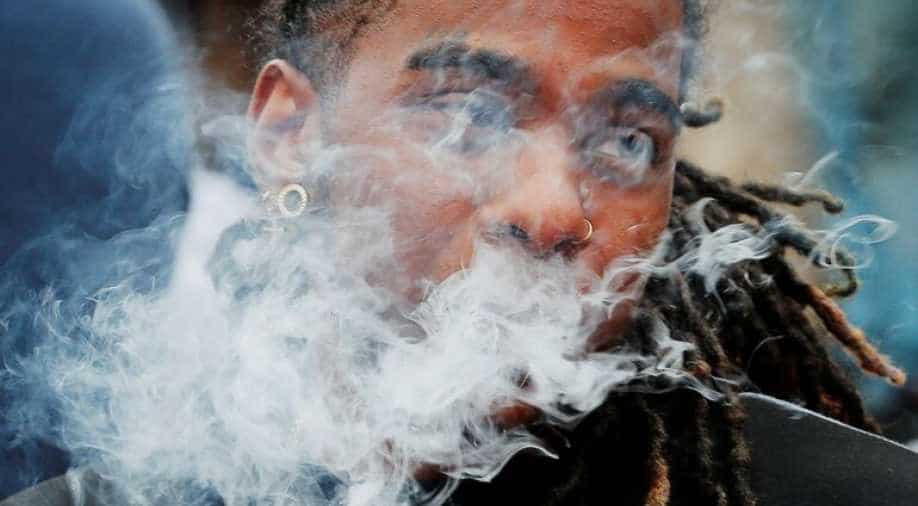 A demonstrator vapes during a protest at the Massachusetts State House against the state’s four-month ban of all vaping product sales in Boston, Massachusetts, US, October 3, 2019. Photograph:( Reuters )

New York City has become the first major US city to ban all flavoured e-cigarettes.

The City Council voted and passed the measure 42-2 on Tuesday.

After the vote, vaping supporters shouted, tossed fake money over the balcony and shouted: "Big Tobacco thanks you!"

The bill referred to as 1362A was sponsored by council health committee chairman, Mark Levine.

"The slow pace at which this country has responded to the teen vaping epidemic has been an epic failure," he said. "We are acting to protect our kids by banning the e-cigarette flavours that have been hooking them for years."