Third Canadian held for working illegally in the country: China 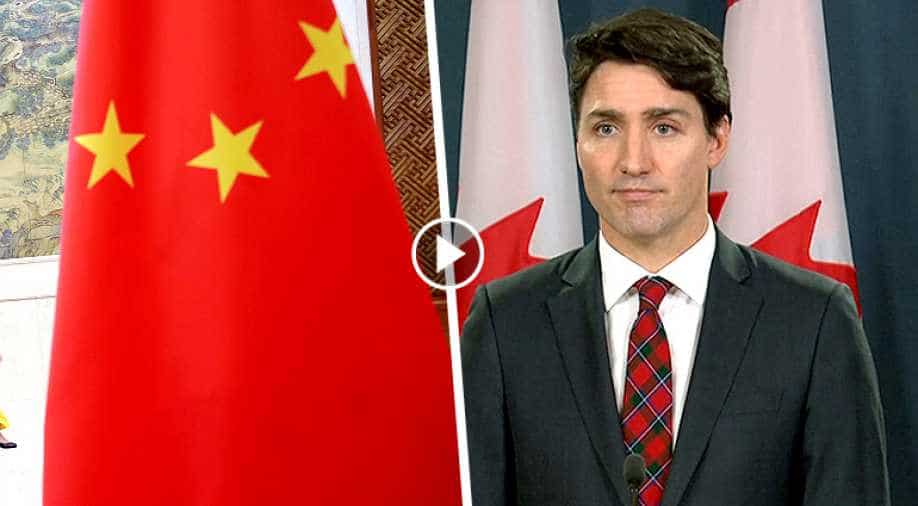 No details have been given on the latest detention

China's foreign ministry said today that it had held a third Canadian national for working illegally in the country.

"In the case of the current consular situations we're going to continue to defend them, to stand up for them, to ask for more information on the charges being brought forward, or the reasons for detention," Canadian PM Justin Trudeau said.

A Canadian newspaper had identified McIver as a teacher.

Meng was arrested after US authorities asked Canadian officials to detain her at the Vancouver airport over Huawei's alleged trade transactions with Iran. Meng was released on conditional bail and has been barred from leaving Canada.

PM Trudeau maintained that it was "a very separate case" from last week.

"But we are looking into the details on this most recent one - that doesn't seem to fit the pattern set by the previous two, but we'll have more to say as we collect the facts on this issue," PM Trudeau informed reporters.

"We have engaged in a very thoughtful way on trying to get the best outcome, and sometimes politicising or amplifying the level of public discourse on this may be satisfying in the short term, but would not contribute to the outcome," PM Trudeau added.