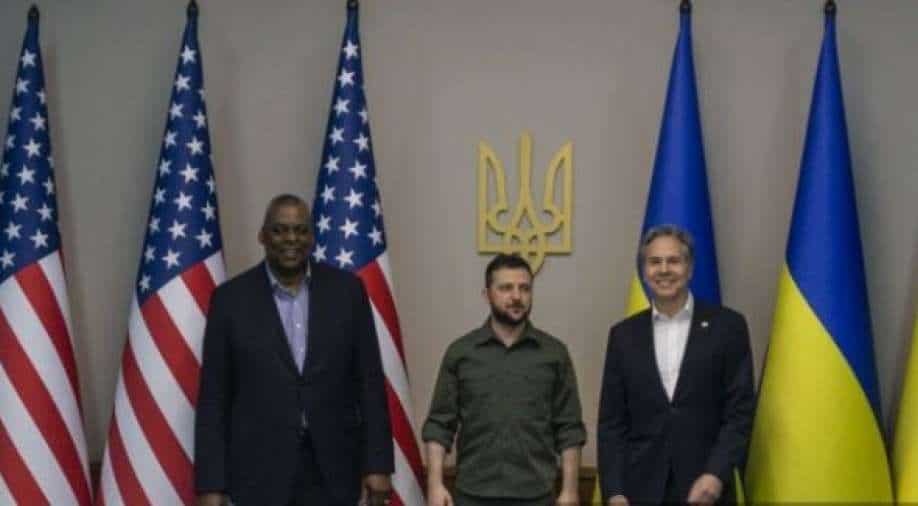 US defence secretary Lloyd Austin said US diplomats will gradually return to Ukraine while announcing $700 million military aid package to the country.

US Defence Secretary Lloyd Austin who visited Ukraine over the weekend said the Biden administration wants to see "Russia weakened to the degree that it can't do the kinds of things that it has done in invading Ukraine".

"The first step in winning is believing that you can win. And so they believe that we can win," Austin said. Ukraine has been demanding offensive weapons to counter the Russian army.

"They can win if they have the right equipment, the right support," Austin said referring to Ukraine's stiff resistance against Russia.

Watch: 'Grateful to POTUS and people of US,' Zelensky meets Blinken

Austin said US diplomats will gradually return to Ukraine while announcing $700 million military aid package to the country.

"Russia has already lost a lot of military capability. And a lot of its troops and we want to see them not have the capability to very quickly reproduce that capability," the US defence secretary said.

President Putin had declared a "special military operation" against Ukraine on February 24, however, in the past few weeks the Russian forces have declared they would be concentrating their forces in eastern Ukraine.