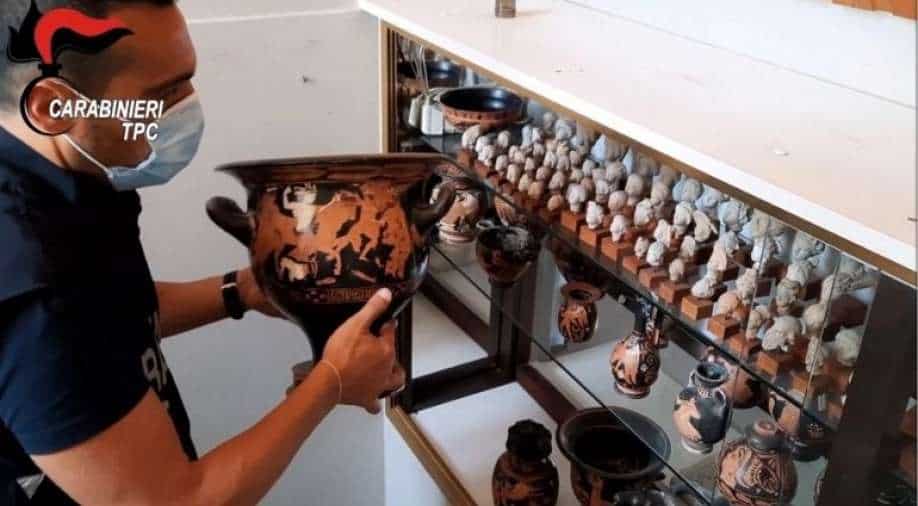 Pieces of "exceptional rarity and inestimable value", the artefacts date back as far as the sixth century BC and include pieces such as stelae, amphorae and other similar works.

The investigation that started in 2017 was prompted when a state archaeology lab in Apulia pointed out that a few decorative pieces in the European art catalogues by the Belgian collector were very similar to the ones that were found in a museum in southern Italy.

"During the course of the search, a veritable 'archaeological treasure' was recovered, consisting of hundreds of Apulian figurative ceramic finds and other Daunian stelae, all illegally exported from Italy, which were then seized in Belgium," a police statement read.

The stolen collection included vases with red paintings, terracotta figurines, black gazed ceramics, amphorae and much more — everything dating back to the sixth and third centuries BC.