The job of war reporter: Reporting from the ground the contour of brutality 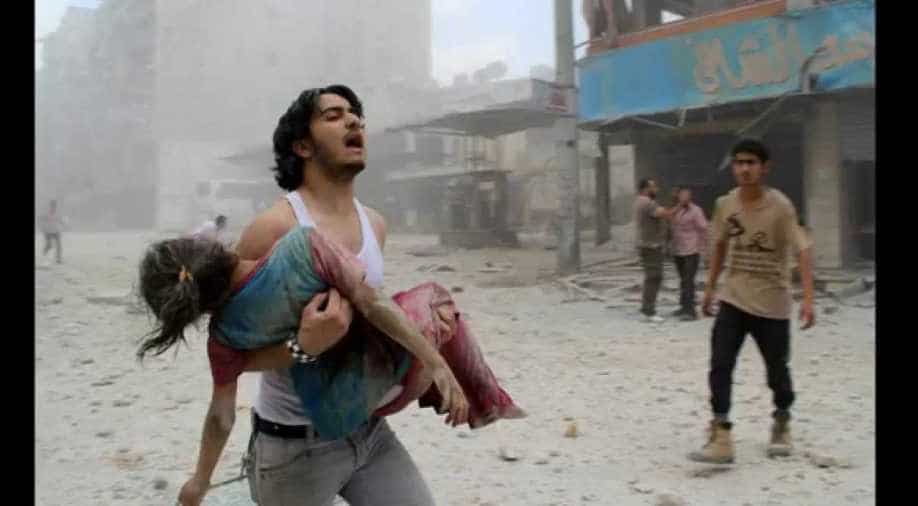 Conflicts should not let armies, governments or organisations think they are not accountable for violating human rights. Photograph:( Others )

War changes the shape of a territory. Not only geographically, but also socially and legally. What happens in conflict areas is often tough to assess; laws that prevailed during peacetime are somehow suspended in favour of a new set of rules that address conditions and actions which would not have been considered normal during peace.

With morality and ethics being redefined every day in a conflict zone, human rights are constantly violated in every war of the world. The main point of a war, after all, is winning quickly; how to do it, does not often matter too much. Real war is far from any 'romantic' idea we might have of it: it is not a fair challenge between gentlemen and the longer it lasts, the worse it gets.

When as a reporter deployed in a conflict zone, I pose the question why I do what I do; my answer is to witness, note and expose any human rights violation. In the first article of my war series, I dwelled on why covering the conditions of refugees constitute an integral part of war reporting.

If there are cases where war is considered the only solution to a conflict, it is important that reporters watch it closely, insist to be constantly on the spot and to move as freely as possible. It is, however, not as easy as saying it: war heavily limits the freedom of movement and not only physically.

Sometimes, it is too dangerous to reach certain areas; at other times, armies deny access due to ongoing operations; also, things often happen without reporters necessarily knowing exactly where and when. Moreover, governments do not always appreciate our narratives and, as a reaction, they limit our access. Unfortunately, sometimes we are used as instruments of propaganda showing only what is convenient for one side.

Therefore, when possible, it is important to spend time with all actors involved. And this is a major challenge, but it is important we insist to the point of becoming even annoying for the military establishment.

During my two months of deployment in Iraq, I witnessed - four times in total - pickups with civilians blindfolded and handcuffed in the back

Conflicts, whatever their reason, should not let armies, governments and organisations to think they are not accountable for human rights violations. Even if we have no sympathy for the belligerents, our role in a conflict area is neither to support or to denigrate but to convey and describe.

We are obviously entitled to political opinions and feelings, but that should be kept out as much as possible from our job in a conflict zone or at least clearly mentioned when we write or speak in front of the camera.

A very small example could help. On November 24th, I was in Al Samah, an eastern neighbourhood of Mosul where a small field hospital treats all the injured coming from the frontline, civilians as well as soldiers.  In the afternoon, we spotted two blindfolded men on the back of an armoured vehicle. One of them was quickly dragged inside a house by the Iraqi army. Several journalists on the spot, included me, tried to get closer and ask about the man: who was him? what was happening? why was he dragged inside the house? what was his fate?

We were ordered to stay out of the matter, no pictures or videos allowed. We all knew the man was suspected of having supported the Islamic State. During my two months of deployment in Iraq, I witnessed - four times in total - pickups with civilians blindfolded and handcuffed in the back. This made me wonder what was the legal procedure behind that. Will they have a fair trial, a lawyer or will they just be summarily jailed only on the basis of suspicion?

I had the same doubts, and continue to do so,  in regards to terrorists of the Islamic State captured alive. If they are killed in combat, nothing to say as they were fighting and war rely on killing the enemy. In any other cases, though, they must be guaranteed a fair trial, as any other individual who has committed a crime.

No army, no government, no party, no tribe, no organisation should think it is unaccountable only because 'war is war'

I understand it is difficult, many soldiers in Iraq lost friends, fellow tribe members, relatives due to the Islamic State in the worst ways possible. IS had tortured, burnt, raped, beheaded, drowned people but paying back the enemy with its own weapons is dangerous and could lead to an endless brutalisation of the conflict.

It is too easy to justify everything with war when there are no direct witnesses on the ground, when nobody can independently try to get as close as possible to facts.

Mine was just a small example, but I can think about many others, for instance, Napalm in Vietnam, genocide in Rwanda , depleted uranium in the Balkans, extensive use of pellet guns in Kashmir, Abu Grahib tortures in Iraq, mass executions in Chechnya, extrajudicial killings in the Philippines and hundreds of others. No army, no government, no party, no tribe, no organisation should think it is unaccountable only because 'war is war'.

The presence of international journalists should be a barrier to this. Exposing random executions, torture, defamation, illegal repression makes organisation accountable. Reporters are often the only individuals on the ground who can directly witness and describe what happens, hopefully igniting reactions of the international community, when needed.

Limiting the brutalisation caused in a conflict also limits the brutalisation of the society.  For a solid peace-building process, it is imperative that a society successfully survives the brutalities caused from a war. In this constructive process, we the conflict reporters, have a significant role to play.

How vulnerable is Xi Jinping over coronavirus?