As a war reporter, why I do what I do 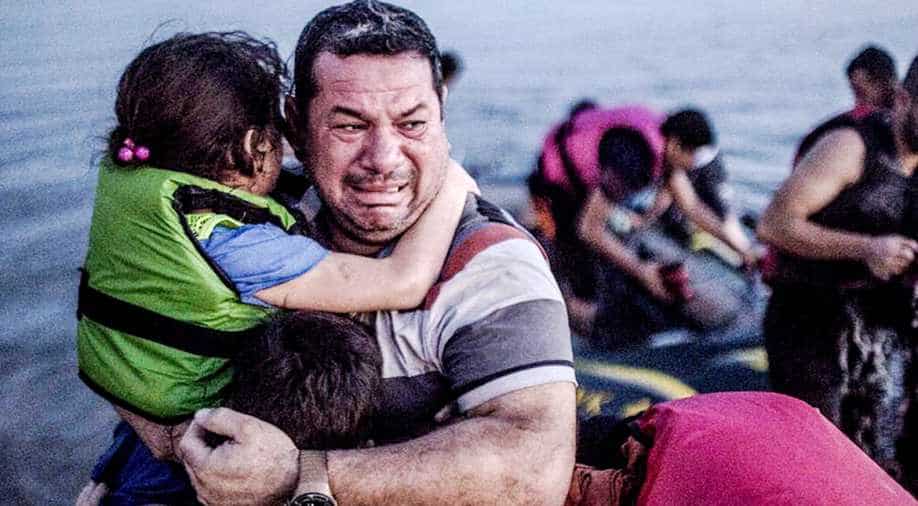 Refugees are the first reason that we, the war reporters, should never put our pen down. Photo credit: Daniel Etter Photograph:( Others )

There is nothing positive in war. War is a bad story. It is a violent disruptive element which invades and destroys hundreds of thousands of lives. It can, unfortunately, become a necessary action, like the current war agains the Islamic State. This does not make it more positive though.

Then why do we cover war? Why cover something which seems to be singularly bad? The answer is one we already have; as a journalist, it is my responsibility, to report to the world the death, suffering, vendettas, fallen heroes, criminals, human rights violations, tears and blood.

As a community of journalists deployed on the front lines of the world, we must ask ourselves tough questions about the purpose of our job and strive to provide answers. Personally, one thing is clear to me, war reporting should not be a matter of adventure and personal narrative, even though, unfortunately, some colleagues follow this road. I will, tirelessly, repeat that we are not the story. We are not the story.

There is nothing cool about being on the front line, witnessing people die. At least, not if you are mentally healthy.

Documenting war should help a community of readers to understand what led to it, what happens during a war and what happens after. It should also help all of us to stay human, to not forget what is the true meaning of war: a human-made event which creates victims, even when they are not dead.

War is a human-made event which creates victims, even when they are not dead.

After two consecutive months spent between Iraq and Kurdistan, following different steps of the offensive to reconquer Mosul, the last stronghold of the Islamic State in Iraq, I take the liberty to express my view on why every newsroom should have — and take care of — a conflict reporter.

Refugees are the first reason that we, the war reporters, should never put our pen down.

According to the United Nations High Commission on Refugees (UNHCR) there are 65.3 million forcibly displaced people in the world. It means conflict and persecution are forcing 34,000 people a day to flee their homes.

My chest trembles when I think about the condition of refugees in the camps we visit - where under the pressure of deadlines we often spend, at most, a day.

I try to imagine - what if it happened to me? What if I had to run away from everything I have because I know that,  if I don’t, I die.

I try to imagine what I would have done before fleeing: I see myself looking around. My house is part of my personal story, my books, my pictures, the presents my friends gave me for my birthdays.

What would I take with me? How would I select which memories are worth accompanying me into a future I know, for a fact, to be uncertain and dangerous? Maybe I wouldn’t take anything or, maybe, I would take as much as possible. I don’t know. What I know is that, at least for me, nothing would be significant enough to keep me attached to the life I am forced to abandon.

Maybe I would not leave, I would not be strong enough. Sitting in that very living room, I would think about the future: hunger, thirst, refugee camps, checkpoints, long waiting lines, refusals.

But then, I will not always be alone, solidarity is strength. Many people will help me, will try to ensure the minimum level of dignity for me, but still, my life would be stuck in a limbo between what I will perceive as an ideal past, a difficult present and an uncertain future.

To save my life, I run away but what if I die running? Or get torn apart by a bomb while hiding at the bottom of a truck as I try to cross borders. I may drown too in those rickety boats that are braving the dangerous seas.

Even the deadly situation does not stop the questions from coming. If I leave, when will I come back? Will I ever come back? Will I find my house where I left it? Will someone else be living in my house-someone who was displaced, like me?

The more I think, the less I know.

My mind shifts to those intolerant movements in the rich and peaceful western countries who are taking to the streets against refugees reaching their — in fact ours — borders asking for dignity. I think about the small town of Gorino, in Italy, my own country, where people blocked with barricades a group of women, coming from Nigeria, New Guinea and Ivory Coast who were meant to be hosted in the city’s hostel. Among them there was a pregnant woman.

In this barbarian behaviour, I find the other answer (along with refugees) as to why we need to cover wars. We must cover war to show and explain what happened to the people camping and suffering on European borders. To explain why these humans reach our boundaries and why we have no other option than using all our energies to find a political and stable solution to guarantee them safety and dignity, the same we are all enjoying and, often, take for granted.

We must cover war to show and explain what happened to the people camping and suffering on European borders.

Showing the very places they are leaving behind, their sorrow, their struggle, the uncertainty of their future, their desire of normalcy creates awareness of the mauling effects of war.

I will sign off here with the story of the barber whose shop I frequented to get a shave before appearing in front of the cameras. The barber of Qaraqosh is what I called him as he owned two barber shops in Qaraqosh, a Christian town east to Mosul. He was a common man running a common shop and living a common life with little interest in politics. In one night, war just fell on his head, abruptly ripping apart whatever he had. And now, he is one of the 3.1 millions internally displaced people in Iraq. Fortunately, he found a job and earns a living, but this means nothing if he was forced into it, against his will.  In becoming a refugee, he has saved his life but lost his universe.

By regulating social media, Pakistan puts press freedom of struggle at the core of struggle