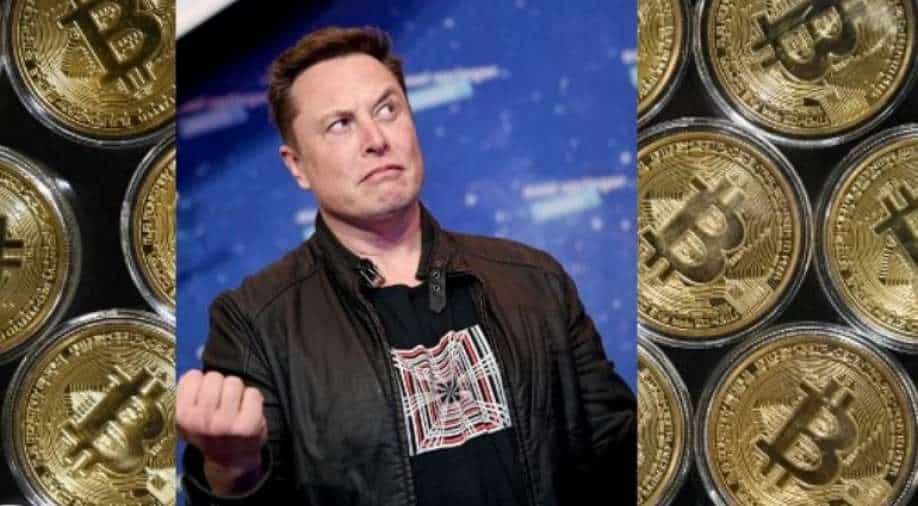 Tesla Inc shares slid 8.6 per cent on Monday wiping out over $15 billion of Elon Musk's net worth after the billionaire commented over the weekend that the prices of Bitcoin and smaller rival Ether “do seem high.”

Last week, Bitcoin prices had reached an all-time high at $55.155 after several corporate giants had embraced the digital unit with the entire market worth at $1.015 trillion.

Bitcoin had blasted past $50,000 last Tuesday, a week after Tesla revealed it had invested $1.5 billion in the unit. At the time, Musk had said  "fiat currency has negative real interest, only a fool wouldn't look elsewhere."

Musk's sought after car company Tesla had earlier unveiled plans to accept cryptocurrency from customers buying its vehicles. Just 12 years old, bitcoin has rocketed since last March when it stood at $5,000.

"In January 2021, we updated our investment policy to provide us with more flexibility to further diversify and maximize returns on our cash," Tesla said, adding," "we may invest a portion of such cash in certain alternative reserve assets including digital assets, gold bullion, gold exchange-traded funds and other assets as specified in the future,  also begin accepting bitcoin as a form of payment for our products in the near future," Tesla had said.

However, Tesla had acknowledged to the SEC that digital assets "may continue to be highly volatile" and vulnerable to "malicious" technology-based attacks.

Musk had earlier briefly changed his Twitter bio to read #bitcoin and had taken to social media to promote dogecoin.