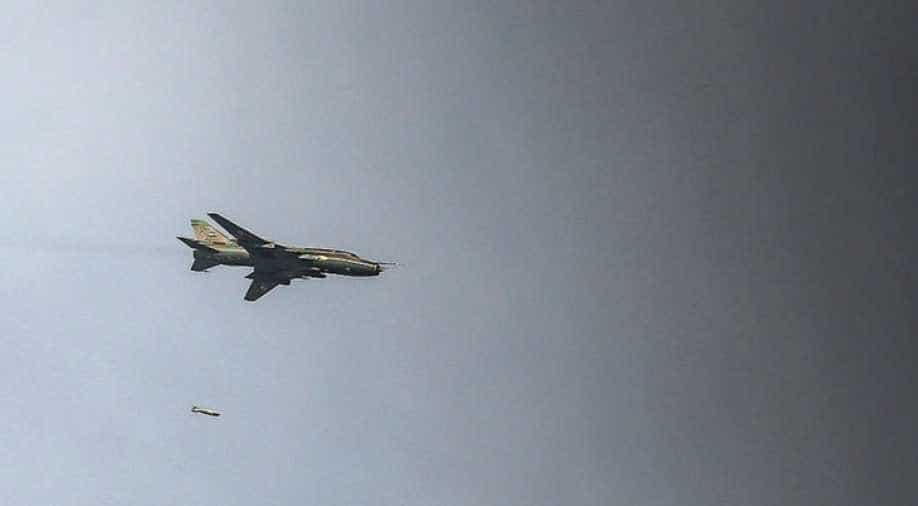 The aerial bombardment took place when warplanes and helicopters struck in Idlib, Hama and Aleppo provinces including towns of Saraqeb and Kafr Nabouda.

A hospital built under 60 feet of rock in Hama province was also wrecked due to an air strike on Thursday, medical sources say.

They say the hospital was regarded as one of the best protected in the country - was put out of service by Thursday's strike.

However, it was not clear if it was the same strike carried out by the Syrian army.

The Syrian army and its allies are pushing towards Saraqeb from Abu Duhur, an airbase they captured last month, and they seized several villages on Thursday, the Observatory said.

The strongest rebel group in northwest Syria is Tahrir al-Sham, an alliance of jihadist factions including a former al Qaeda affiliate previously known as the Nusra Front.

The government has pushed rebels from many of the areas they seized during the civil war, which began in 2011, but opposition groups still hold significant pockets near Damascus and Homs and in the southwest, as well as the enclave in the northwest.