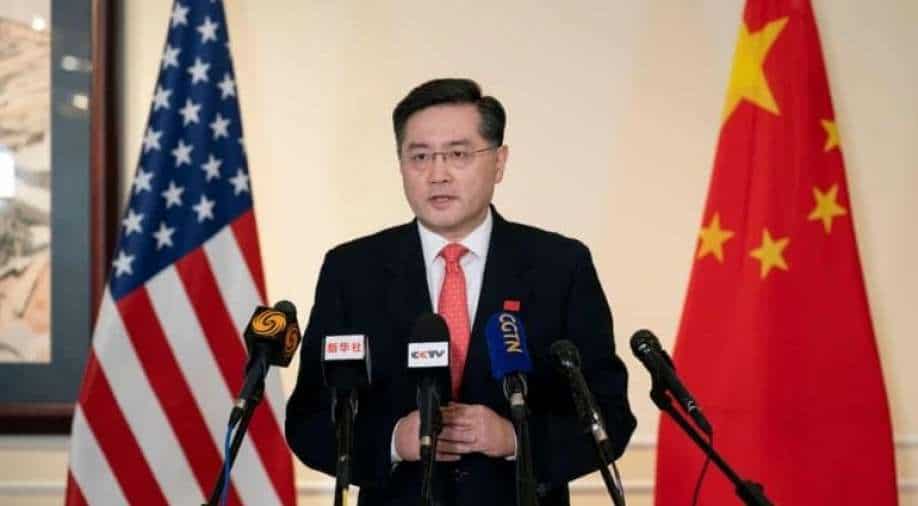 Chinese ambassador to the United States Qin Gang can be seen in this in this file photo Photograph:( Twitter )

Beijing's ambassador to Washington has said that if the United States supports the independence of Taiwan, it will lead to military conflict with China.

"Let me emphasize this. The Taiwan issue is the biggest tinder-box between China and the United States," Qin Gang told National Public Radio.

Relations between Beijing and Taipei are at their lowest in decades with China ramping up military and economic pressure under President Xi Jinping.

Authoritarian China considers democratic, self-ruled Taiwan a part of its territory, to be retaken by force if necessary, and says its status is one of the most sensitive issues in Beijing's dealings with Washington.

The United States’ “One China” policy recognises Beijing as the government of China but allows informal relations and defense ties with Taipei.

Record numbers of Chinese jets are now buzzing around the island's air defence zone and the People's Liberation Army has staged regular drills simulating an invasion.

China has cut off official communication with the government of President Tsai Ing-wen since 2016 because she regards Taiwan as an already sovereign nation.

Taiwan and China split during a civil war in 1949, and Beijing opposes Taiwan’s involvement in international organisations.