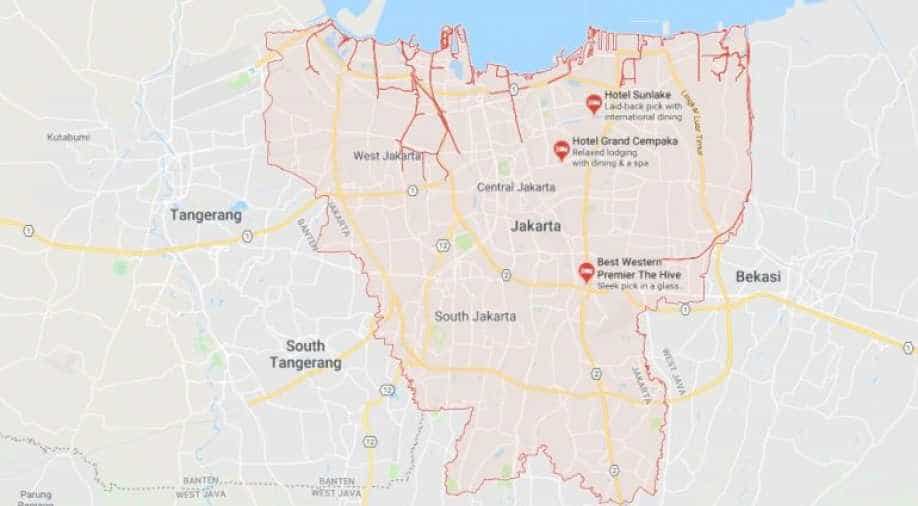 That contrasted with an initial report from the Indonesian Meteorology, Climatology and Geophysics agency, which said the quake had a 6.4 magnitude. Photograph:( Others )

Indonesia`s capital Jakarta was rocked Tuesday by a strong earthquake which forced some buildings to be evacuated, but there was no immediate tsunami threat or reported injuries, a government agency said.

The United States Geological Survey said the 6.0 magnitude quake struck at a depth of 43 kilometres (27 miles).

That contrasted with an initial report from the Indonesian Meteorology, Climatology and Geophysics agency, which said the quake had a 6.4 magnitude at a shallower 10-kilometre depth.

The epicentre was off the coast, about 130 kilometres southwest of the sprawling city.

At least three people were killed following a 6.5-magnitude earthquake just outside the coastal town of Cipatujah on Java island in mid-December.

The tremor was felt across the densely populated island, causing damage to hundreds of houses and other buildings.

An earthquake struck Indonesia`s western province of Aceh in December 2016, killing more than 100 people, injuring much more and leaving tens of thousands homeless.

Aceh was one of the areas worst hit by the devastating 2004 tsunami triggered by a magnitude 9.3 undersea earthquake off the coast of Sumatra.

The wall of waves killed 220,000 people in countries around the Indian Ocean, including 168,000 in Indonesia.