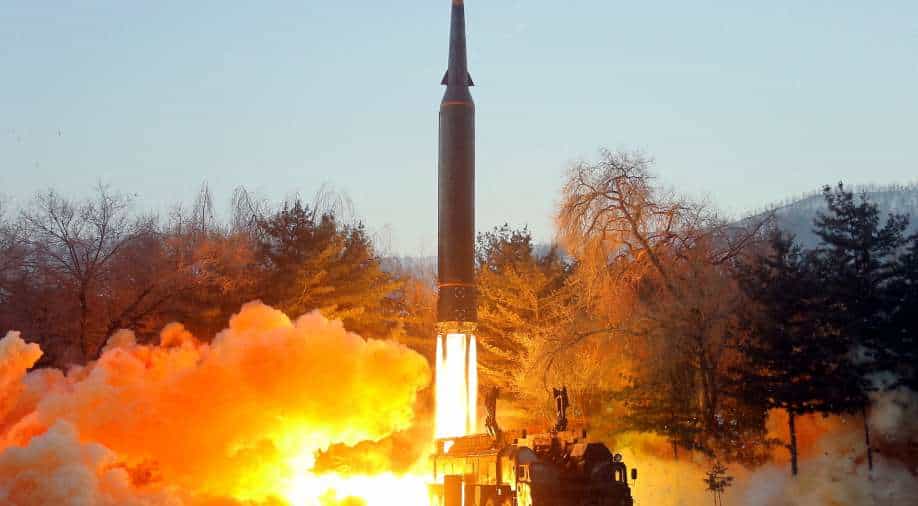 The latest missile launch by the North Korean regime was criticised by the Biden administration calling it a "violation of multiple UN Security Council resolutions".

A day after North Korea launched a suspected ballistic missile, Kim Jong-Un's regime confirmed that it had tested a hypersonic missile.

Hypersonic missiles fly at lower altitudes and are almost impossible to detect travelling at over five times the speed of sound. However, KCNA did not report the speed of the new missile launch conducted on Wednesday. The warheads can carry conventional and nuclear warheads.

South Korea and Japan had on Wednesday had reported that North Korea had carried out a ballistic missile test. China had reportedly conducted a hypersonic missile test in August last year which had gone undetected. The test was confirmed by a London newspaper however it was denied by the Chinese government.

"The successive successes in the test launches in the hypersonic missile sector have strategic significance in that they hasten a task for modernising strategic armed force of the state," KCNA reported.

The latest missile launch by the North Korean regime was criticised by the Biden administration calling it a "violation of multiple UN Security Council resolutions".

The talks between the US and North Korea over denuclearisation have been stalled since 2019 when former US President Donald Trump's summit with Kim Jong Un collapsed as North Korea continued its missile programme.