Storm Eunice: Crane crashes onto the roof of a Belgian hospital amid extreme weather conditions 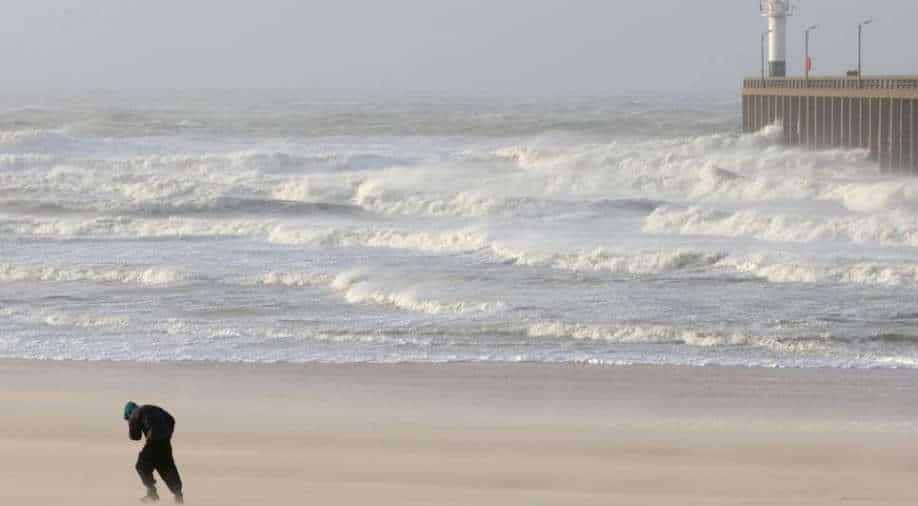 A video from TV channel RTL-TVI showed the crane's tip crashing into the hospital roof. Another piece fell on the ground

Storm Eunice has made landfall in Europe, leading to extreme weather conditions. On Friday, a crane crashed onto the roof of a hospital in the Belgian town Tournai. This happened as winds of up to 130 km per hour swept in.

As per several reports, no fatalities have been reported, but several people were injured.

A video from TV channel RTL-TVI showed the crane's tip crashing into the hospital roof. Another piece fell on the ground.

UK's met department has issued the first-ever "danger to life" weather warning for London. Army has also been placed on standby as storm Eunice made landfall on Friday. As per BBC Weather, this storm could be one of the country's worst in three decades.

Roads and railway lines have been hit leading to delays and cancellations of transportation services.

"Please take precautions. Please stay safe," Home Office minister Damian Hinds told Times Radio. He further added, "It is unusual to have a red weather warning. It is very unusual to have two."

At least eight people have been killed so far in Europe due to the deadly storm. Dozens of homes were evacuated in The Hague as there were fears that a church steeple could collapse.

The winds knocked out power for over 140,000 homes in the UK, mostly in the southwest, and 80,000 properties in Ireland.

The UK was already going through power cuts and travel destructions due to storm Dudley. Several flood warnings were also issued for the Cumbrian coastline and Keswick Campsite. Not just this but 42 flood alerts were issued across northern England as well.

In Scotland, a flood warning was issued from Ayr to Troon. A number of flood alerts have also been issued.