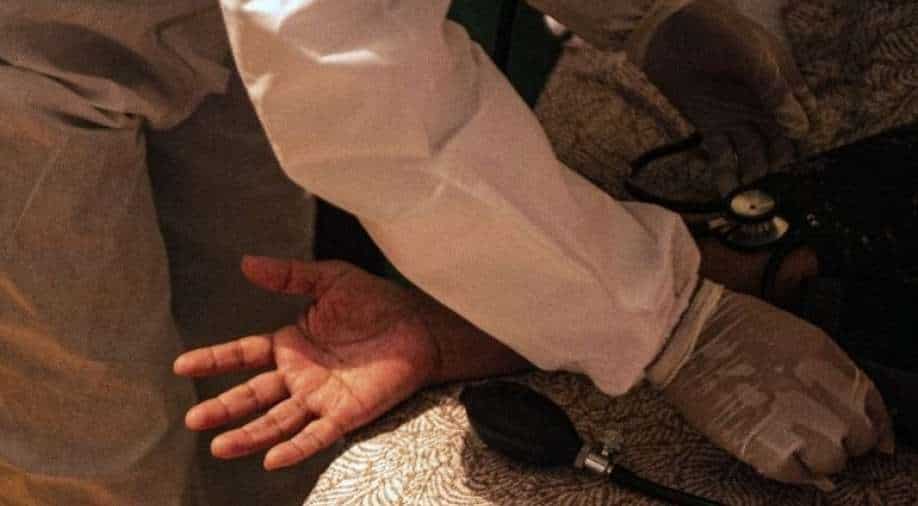 Spanish woman dies of COVID, comes back to life after 10 days. Photograph:( AFP )

Can people come back from the dead? In purely scientific terms, the answer is no. But for a woman in Spain, it's difficult to answer

Can people come back from the dead? In purely scientific terms, the answer is no. But for a woman in Spain, it's difficult to answer.

An 85-year-old woman, who was thought to be ''dead'' by her family suddenly reappeared, surprising all.

She was reported dead from COVID-19, and her family was told that she was buried. But nine days later, in flesh and bone, she appeared. Turns out, there was a mix-up over names, and the family of Rogelia Blanco was informed that she had passed away on January 13.

Owing to protocols in place for the prevention of COVID-19, the family was not allowed to attend the funeral.

On Saturday, she showed up at her care home in Xove in Spain. Upon seeing her, Ramon Blanco, her husband was overwhelmed, as reported by local media.

"I could not believe it. I was crying, after the death of my wife," reports quoted him as saying.

Turns out, the woman who shared her room with Blanco had passed away.

According to local reports, the error occurred after a few residents, including Blanco, who had tested positive for the virus were sent to a different care home on December 29 for treatment.

They were reportedly transferred to the Os Gozos residency in Pereiro de Aguiar, which is 223 km away (139 miles) from Xove.

The foundation which runs care homes said that the identity was wrongly assigned, and expressed regret over the ''unfortunate incident''.

A local court has also been informed to retract the error over her death.