Spain's 'Ice Palace' to become a temporary morgue as coronavirus kills over 2,600 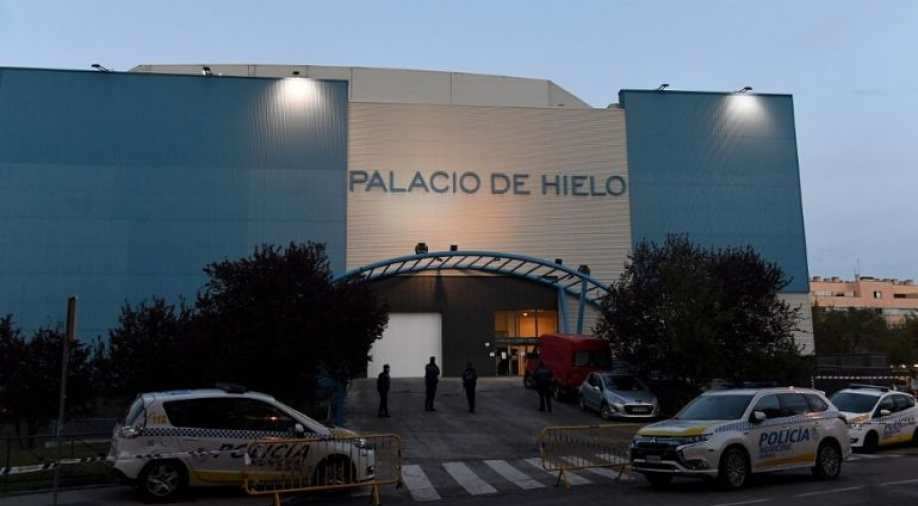 Policemen stand outside the Palacio de Hielo (Ice Palace) shopping mall where an ice rink was turned into a temporary morgue Photograph:( AFP )

Spain’s “Ice Palace”, as it roughly translates into, is going to be the temporary place to hold corpses of people who perished in the face of COVID-19 pandemic

As the number of coronavirus cases continue to increase worldwide, Spain has turned an ice rink into a temporary morgue to deal with the ever-increasing number of cases in the country.

Spain’s “Ice Palace”, as it roughly translates into, is going to be the temporary place to hold corpses of people who perished in the face of COVID-19 pandemic. The bodies are being transported by the military unit of the country, CNN reported.

Touted as a temporary measure, the authorities claim that it was enforced to “lessen the pain” of the families of the victim, given the overwhelming situation in Madrid’s hospitals.

After China, Italy, and the US, Spain has recorded the highest number of coronavirus cases in the entire world, with the third highest tally of fatalities.

The major Spanish municipal body responsible for dealing with the corpses of coronavirus patients has announced that it will no longer collect bodies, for its workers no longer have protection gear against the virus.

However, other funeral services like burials and cremations would continue as usual, but that depends on how the bodies are sent. If the municipal body receives the body packed in a coffin, only then would they accept it.

The state of emergency was announced in Spain on March 13. The Prime Minister Pedro Sanchez had envisioned the emergency to last for 15 days, but given the increasing death rate, it will be extended for 14 more days. 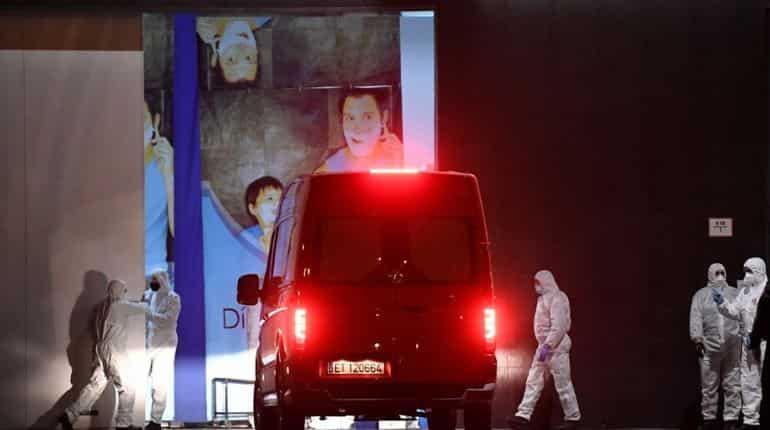 Members of the Spanish Army's Military Emergency Unit (UME) wearing protective suits drive a van outside the Palacio de Hielo (Ice Palace) shopping mall where an ice rink was turned into a temporary morgue on March 23, 2020 in Madrid to deal with a surge in deaths in the Spanish capital due to the coronavirus | AFP

Last week, Isabel Diaz Ayuso, the president of Madrid area claimed that she expects the city’s 80 per cent population to contract the virus.

She claimed that even though most people will experience only mild symptoms, the vulnerable population of the city, which accounts for 15 per cent may face harrowing difficulties.

The virus has brought not only Spain, but the whole world to standstill. Emergency makeshift hospitals have popped up across the country, with citizens being advised to not step out unless to buy essential supplies.

Recently, the government had directed old people to inform the authorities if there were any deceased people around them. This came amid rumours that a care home for old people in the country was unable to get rid of the corpses.

According to the Spanish prime minister’s office, the country currently has over 39,673 confirmed cases of COVID-19. The virus has killed 2,696 people in the country.