The testing explosion was unrelated to SpaceX’s upcoming launch of two Nasa astronauts from Florida’s Kennedy Space Center using a different rocket system, the Falcon 9 with the Crew Dragon capsule fixed on top.

A prototype of SpaceX’s upcoming heavy-lift rocket, Starship, exploded on Friday during ground tests in south Texas as Elon Musk’s space company pursued an aggressive development schedule to fly the launch vehicle for the first time.

The testing explosion was unrelated to SpaceX’s upcoming launch of two Nasa astronauts from Florida’s Kennedy Space Center using a different rocket system, the Falcon 9 with the Crew Dragon capsule fixed on top. 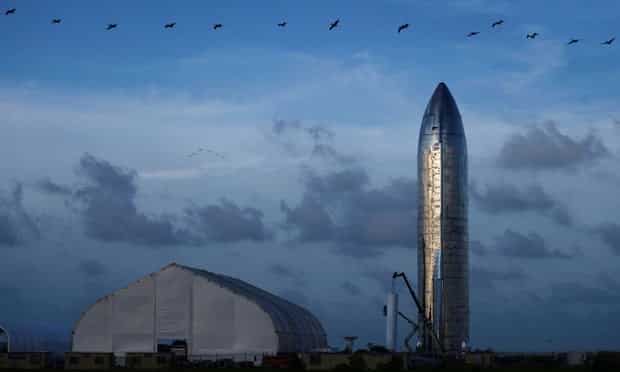 A prototype vanished in an explosive fireball at SpaceX’s Boca Chica test site on Friday, as seen in a livestream recorded by the website Nasa Spaceflight. There was no immediate indication of injuries. SpaceX did not respond to a request for comment.

Previously, SpaceX's historic launch to International Space Station was postponed on May 28 due to the bad weather. The decision was taken 20 minutes before the launch.

Starship, a rocket standing 394 feet tall, is designed to carry humans and 100 tons of cargo to the moon and Mars. It is the space company’s planned next-generation fully reusable launch vehicle, the center of Musk’s ambitions to make human space travel affordable.

A Starship prototype just exploded in Boca Chica, Texas during static fire testing. SpaceX was granted an FAA license yesterday to conduct suborbital flights, not sure when those first test flights will happen. Video/live feed from @NASASpaceflight pic.twitter.com/dqnQv1lqBV

The south Texas facility sits beside a small neighborhood that SpaceX has been trying to buy up for testing space, but some residents have pushed back on the company’s offers and have accused Musk’s attorneys of unrealistically low property appraisals.

SpaceX was among the three companies awarded a combined $1bn by Nasa last month to develop rocket systems capable of ferrying cargo and humans to the moon. SpaceX proposed Starship for the award.

The FAA granted the space company a license Thursday to begin Starship’s first suborbital flight tests, though it was unclear when those tests would occur.

Peru: President Castillo ousted after he tries to dissolve Congress