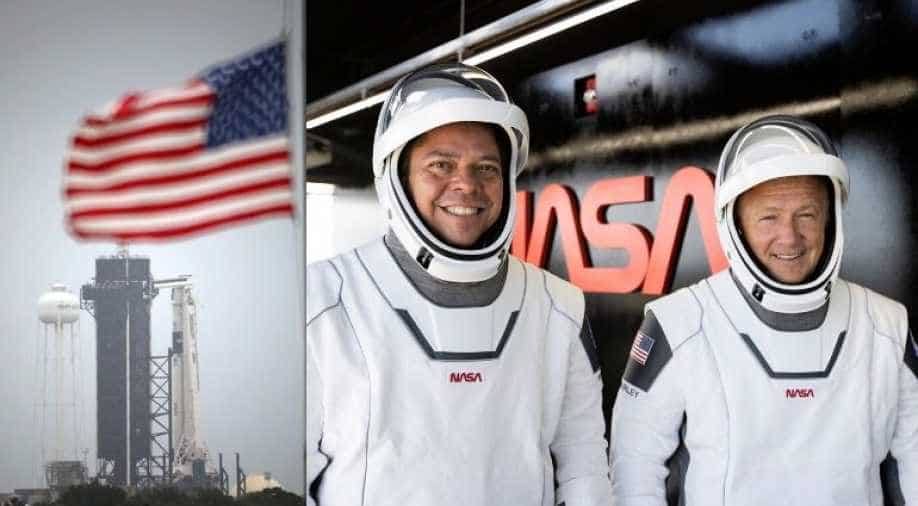 NASA and SpaceX brace themselves for a historic launch! Photograph:( Agencies )

According to officials, lightning and other factors were the reasons for the cancelled launch.

SpaceX's historic launch to International Space Station was postponed due to the bad weather. The decision was taken 20 minutes before the launch.

Also read: NASA and SpaceX brace themselves for a historic launch!

The NASA astronauts Bob Behnken and Doug Hurley were strapped in their Crew Dragon capsule and the launchpad platform retracted and rocket fueling underway when launch director Mike Taylor announced, "Unfortunately, we are not going to launch today."

According to officials, lightning and other factors were the reasons for the cancelled launch.

SpaceX will try to re-launch Falcon 9 on Saturday. If they get successful they not only launch the first crewed mission from US soil in almost a decade but also become the privately-owned company to achieve this feat.

US President Donald Trump, who had come to witness the launch, had to head back to the White House after the launch was called off.

The rocket was set to be launched on  4:33 pm (2033 GMT) from the Kennedy Space Center's Launch Pad 39A. Neil Armstrong and his Apollo 11 crewmates lifted off from the same spot on their historic journey to the Moon.

The mission is taking place amid coronavirus pandemic so the crew has been quarantined for the past two weeks.