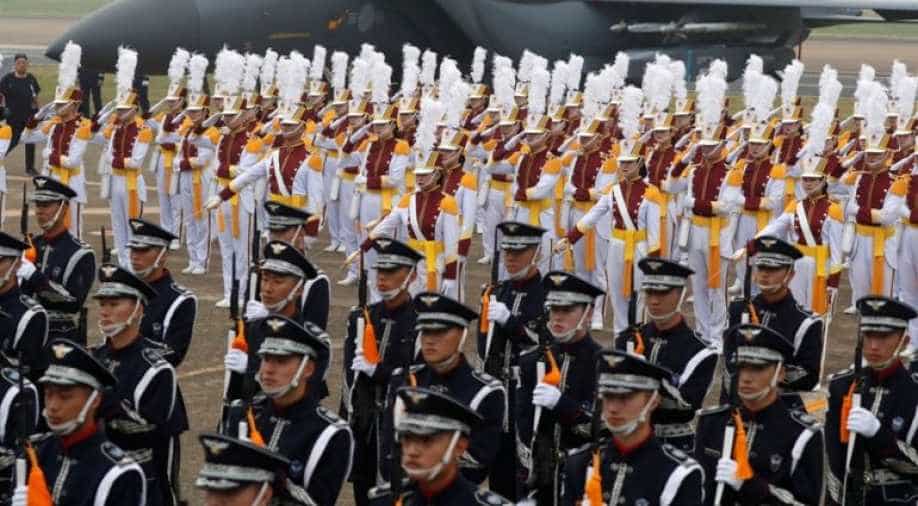 South Korea's Army said Friday it will cut its force by 100,000 in the next three years in the face of a shrinking population.

South Korea's Army said Friday it will cut its force by 100,000 in the next three years in the face of a shrinking population.

Seoul, a key Washington ally, conscripts able-bodied men for two years of service to defend the country from the nuclear-armed North and it's much larger army, which invaded the South in 1950 backed by communist allies China and the Soviet Union.

The war ended three years later in an armistice, not a peace treaty, leaving the South and North technically at war and the peninsula divided along the Demilitarized Zone.

Troops will be cut down from the current level of 464,000 by 2022, the Army said in a report to MPs, according to the South's Yonhap news agency.

In line with the reductions, the number of Army corps will be down to six from the current eight by 2022 and divisions from 38 to 33 by 2025, the Army stated.

South Korea's combined force of 600,000 personnel is already much smaller than the North's nearly 1.3 million strong military (which includes 1.1 million in its army), according to Seoul's 2018 defense white paper.

Analysts estimate Pyongyang also has between 20 to 60 nuclear warheads.

To make up for the reduced workforce, the Army stressed it would develop "next-generation game changers" such as high-mobility flight vehicles and artificial intelligence systems, according to Yonhap.

The downsizing comes as the government struggles to boost the country's total fertility rate -- the number of children a woman is expected to have in her lifetime, which dropped to 0.98 in 2018, far short of the 2.1 needed to maintain population stability.

Currently 51 million, the population is projected to fall to 39 million in 2067, when the median age will be 62.