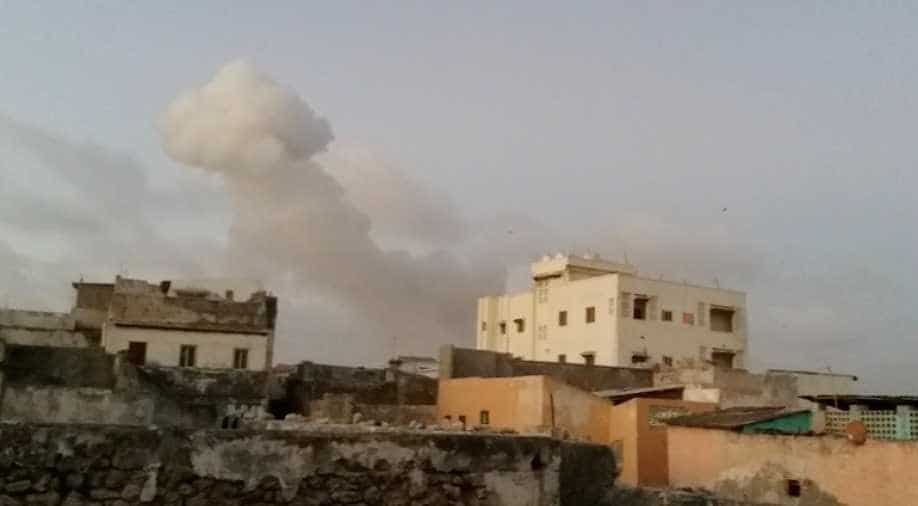 The death toll from the two suicide car bomb blasts that ripped through the Somali capital on Friday has risen to 45 people, according to a senior government official.

A loud explosion took place on Friday, followed by a second blast and sustained gunfire which broke out near the president's residence. The second blast took place beside a popular hotel.

The Aamin Ambulance service, which confirmed the death toll, transported victims to the hospital.

Abdulkadir Abdirahman Adan of the Aamin Ambulance Service said the bombings targeted the presidential palace and a hotel. He said that most of the victims were civilians.

"The militants got off when they neared the palace, the suicide car bomb exploded outside the palace where there were many military soldiers who guarded the street adjacent to the palace," Major Omar Abdullahi told Reuters.

The militant group al-Shabaab claimed responsibility for the attack.

The group frequently carries out suicide attacks in Somalia and parts of East Africa.