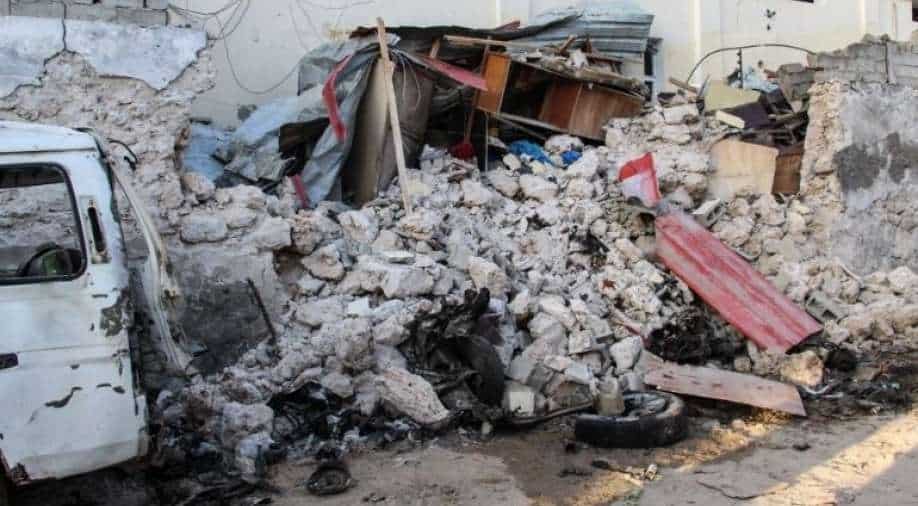 Debris remain at the blast site from a suicide car bombing attack from the day before at the side of Afrik Hotel in Mogadishu, Somalia, on February 1, 2021 Photograph:(Reuters)
Follow Us

On Sunday afternoon, a group of terrorists attacked a hotel in Somalia's capital city, Mogadishu. This terrorist group attempted a car bomb followed by an attack on one of the popular hotels in the city.

A car bombing was followed by continuous and heavy gunfire at the entrance of the popular Hotel Afrik. An exchange of gunfire took place between al Shabaab militants and security forces of the hotel for some time which led to deaths of nine people and several others injured.

"The operation is over now. Nine people including four attackers died and over 10 civilians were injured," Sadik Ali told local reporters.

This attack was claimed by the jihadist group al Shabaab, which has carried out similar acts of violence in the area in the recent past too.

The attack has come at a time when the country is struggling to conduct elections which have been delayed since December 2020 as the opposition alleged the president was manipulating the electoral board with this allies to rig the election results.

Nearly 700 US military personnel had also been withdrawn from the area in the last month, after which such acts of violence ad terrorism have increased. The US troops in the area had been helping the Somali special forces (Danaab) in dealing with the al Shabaab militants.

The US troops helped the Somali special forces by providing them resources such as air support and medical evacuations.

However, as the former US President, Donald Trump, ordered a pullout of the US troops from the area, the local authorities had feared an increase in such activities by the jihadist groups.