Star Wars trailer out: Advice is don't watch if you like surprises 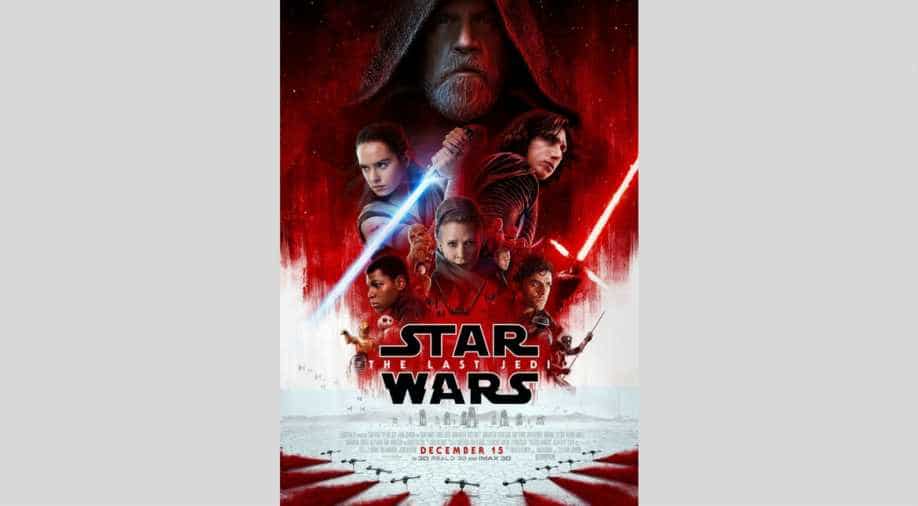 The theatrical poster (pictured) was released ahead of the trailer. Photograph:( Twitter )

The trailer aired on ESPN during the Monday night (American) football game between the Minnesota Vikings and the Chicago Bears.

According to an announcement made on the official Star Wars Twitter account, advance ticket sales for the film have begun in the US:

On Twitter, director Rian Johnson warned fans to avoid watching the trailer if they would like surprises in the movie:

I a legitimately torn. If you want to come in clean, absolutely avoid it.

Ahead of the trailer release, Lucasfilm unveiled the theatrical poster:

Ahead of the trailer release on Monday, Lucasfilm Ltd. unveiled the theatrical poster for The Last Jedi. (Twitter)

The Last Jedi is the eighth instalment in the main Star Wars saga series. It is set just after "Star Wars: The Force Awakens" that came out in 2015.

Star Wars: The Last Jedi opens in theatres on December 15.