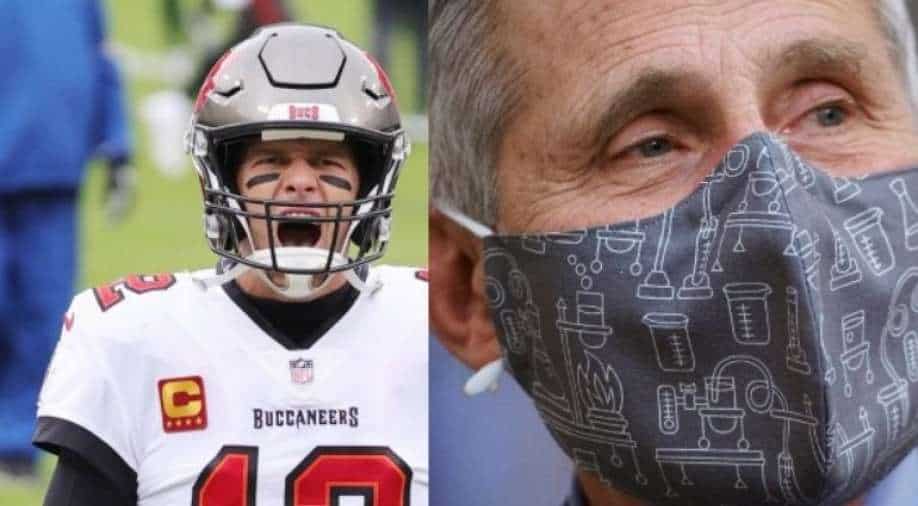 The mega Super Bowl sports event this year is taking place against a backdrop of the coronavirus crisis in the United States.

As the United States continues to battle the virus, chief medical advisor to US President Joe Biden, Dr. Anthony Fauci urged Americans to skip the Super Bowl party this year.

"As much fun as it is to get together for a big Super Bowl party, now is not the time to do that," Fauci told a US television channel. The mega Super Bowl sports event this year is taking place against a backdrop of the coronavirus crisis in the United States.

At least 25,000 people are expected to witness the Super Bowl, as Fauci said: "Watch the game and enjoy it, but do it with your family or the people in your household, this time around, just lay low and cool it," Fauci said during his TV appearance.

The Super Bowl event is an annual crowd puller across the United States as millions follow the final. However, the COVID-19 crisis in the US this year has made authorities defensive. The US is worst-hit country due to the virus with over 26 million infected cases and 450, 680 deaths so far.

The US had shutdown in March last year as the pandemic began to spread in the country which was around six weeks after Super Bowl event. This year's defending champion Kansas City Chiefs will play against Tampa Bay Buccaneers on the Bucs' home field in Tampa, Florida.

"Every time we have something like this, there's always a spike, be it a holiday, Christmas, New Year's, Thanksgiving," Fauci said. The infections disease expert, however, he added that people will be separated in the stands and will be wearing masks with at least 7,500 vaccinated health care workers at the  NFL championship showdown at Raymond James Stadium

Kansas City Chiefs had earlier placed Demarcus Robinson and Daniel Kilgore on the COVID-19 reserve list after both players had come into contact with someone who had tested positive for the disease.