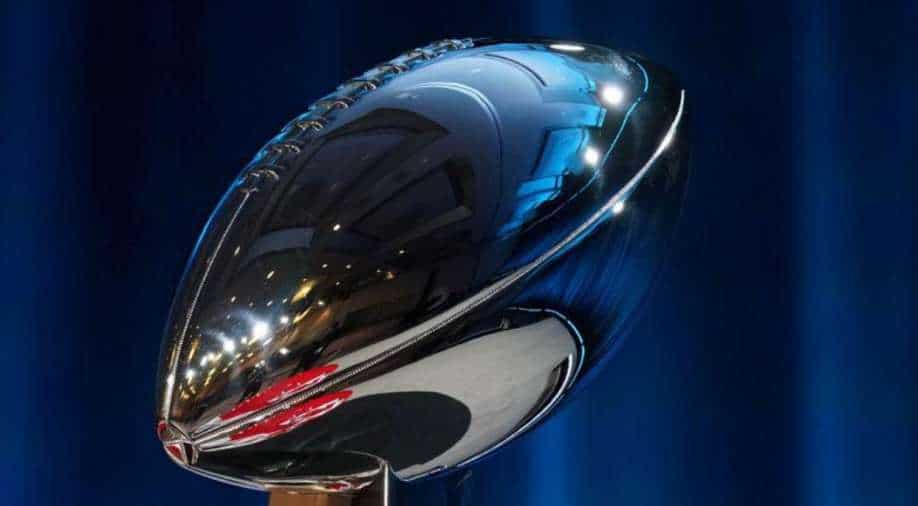 The final countdown to the Super Bowl got off to a low-key start on Monday with a virtual opening night media event, as the spectre of Covid-19 hovered over the US sporting showpiece.

The final countdown to the Super Bowl got off to a low-key start on Monday with a virtual opening night media event, as the spectre of Covid-19 hovered over the US sporting showpiece.

With just six days until the Tampa Bay Buccaneers attempt to dethrone the Kansas City Chiefs in the NFL's championship game, players from both sides were adjusting to a new normal as a week of media activities got under way.

The Super Bowl's "opening night" is usually played out in a crowded arena made up of fans and thousands of media against a backdrop of rock music and pyrotechnics as the teams are introduced.

Safety issues surrounding Covid-19 however made the traditional circus-like kick-off a non-starter this year, leaving the likes of Tom Brady and Patrick Mahomes to instead conduct press interviews via Zoom.

Buccaneers quarterback Brady, who is preparing for his 10th Super Bowl, would normally expect to find himself in the centre of a scrum of dozens of cameras and journalists.

Instead he addressed media in front of a lone camera at the Tampa Bay Buccaneers team facility.

"Crazy media day. I'm sitting here in an empty room," Brady remarked. "It's very different from the other nine experiences."

Chiefs counterpart Mahomes was similarly bemused by the contrast in surroundings, a year after being the centre of attention in Kansas City's Super Bowl victory over the San Francisco 49ers.

"From last year to this year, very different," said Mahomes.

In another departure from tradition, when participating teams arrive in the host Super Bowl city several days ahead of the game, the Chiefs are remaining in Kansas City until the weekend, when they will decamp for Florida.

The Buccaneers and the 43-year-old Brady -- who will become the oldest player to play in a Super Bowl on Sunday when he chases his record seventh championship -- have the advantage of playing at home.

The Bucs won the right to become the first ever team to play a home Super Bowl after upsetting the Green Bay Packers in the NFC Championship game at Lambeau Field last month.

"It's all very unique," Brady said Monday. "I'm happy in my own bed, happy I'm eating good stuff at home, don't have to travel, pack my clothes and all the other crap. There's some real positives to take from it," he said.

The slimmed-down feel to this year's Super Bowl will be in evidence across the week, with fewer parties and smaller, ticketed fan events which will be staged outdoors and tightly controlled.

Some US corporate titans meanwhile have opted to skip the television advertising bonanza that accompanies the Super Bowl, with the likes of Budweiser and Coca-Cola deciding to remain on the sidelines.

"This commitment is an investment in a future where we can all get back together safely over a beer," Budweiser said in a statement.

Capacity for Sunday's game meanwhile has been slashed by around two thirds, with only 22,000 seats being filled.

Some 7,500 of those tickets have been given to vaccinated US healthcare workers, while only 14,500 tickets went on sale to the public via a lottery. A further 2,000 seats will be filled in VIP suites.

The United States continues to battle against Covid-19, which has infected 26.3 million Americans and left 443,000 dead.

While the NFL managed to complete its season with relatively few hitches, the threat of coronavirus lurked over Monday's media activities as the Chiefs confirmed that two players -- receiver Demarcus Robinson and center Daniel Kilgore -- have been placed on the Covid-19 reserve list.

Robinson and backup Kilgore were placed in isolation after coming into contact with someone who had tested positive and must now record five consecutive days of negative tests to avoid missing the Super Bowl.

"The problem is you're fighting the invisible man," Chiefs coach Andy Reid said. "It's germs, and they're hard to see. It just gets you when least expected, and we're seeing that in everything. It's an unfortunate thing."