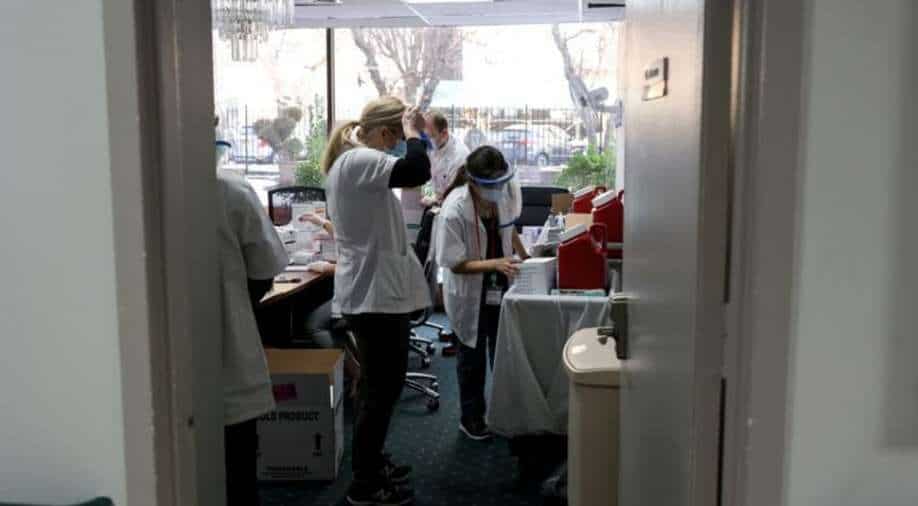 The US study found that the likely reason for the Omicron wave not becoming serious was due to high vaccination coverage.

According to a US study, the Omicron wave has been less severe with shorter hospitalisations for patients and fewer deaths.

A study in the US Centers for Disease Control and Prevention's (CDC) Morbidity and Mortality weekly report said that hospitalisations was 29 per cent less than last winter's virus surge in the United States and considerably lower at 26 per cent during the Delta wave.

In fact, WHO chief Tedros Adhanom Ghebreyesus had said that the Omicron variant "appeared to be less severe than Delta". Tedros had asserted that the new variant cannot be categorised as "mild". The UN health body chief had added that those vaccinated faced less difficulties.

The US study found that the likely reason for the Omicron wave not becoming serious was due to high vaccination coverage in the country including booster doses and rise in immunity due to earlier infections.

The United States is the worst-hit country due to the virus with over 872,120 fatalities and over 72 million virus cases since the pandemic took hold in the country in March 2020.

The CDC maintained that the findings tallied with other data from South Africa, Scotland and England where the Omicron infection rate has been high.

Also Read: Omicron cases falling in parts of the US, but expert says COVID-19 is here to stay

Earlier this month the CDC had said hospitalisations were up 33 per cent and deaths were up 40 per cent amid the Omicron wave as CDC Director Rochelle Walensky said the COVID-19 cases are likely to peak in coming weeks.

The Omicron variant was discovered in South Africa in end November and has spread rapidly in the United States leading to new curbs.