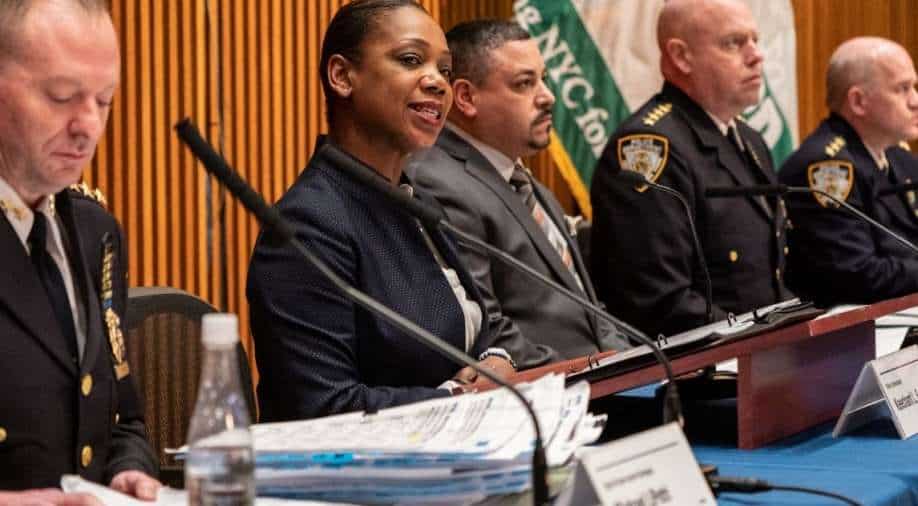 Gun violence hit historic lows in 2018 and 2019. Even with recent increases, rates of shootings, felony assaults and overall major crimes are similar to or below the levels of the late 2000s and early 2010s

Shootings in New York City rose during the first quarter compared with the same period last year, even as homicides declined, police officials said Wednesday afternoon, the continuation of a drumbeat of violence that emerged early in the pandemic and has not ebbed with the virus.

Shooting incidents increased to 296 in the first quarter compared with 260 during the same period last year, according to the latest Police Department statistics, which include the first three days of April.

The briefing at One Police Plaza was the first time since the onset of the coronavirus pandemic that city officials gathered collectively for what was once a ritual for police, reporters and the public. In the two years since the Police Department’s last full briefing on crime statistics, pockets of New York have seen upticks in shootings and murders, underscoring concern that America’s most populous city could be headed backward.

Mayor Eric Adams has made reversing that trend the central goal of his administration.

“The NYPD will use every resource and opportunity to secure this city,” Sewell said, but “reversing years will not take weeks.”

She credited the decrease in the homicide rates to a surge of arrests. In March, she said, officers made more than 4,000 felony arrests, more than double the number of those made at the same time last year.

But her remarks came as the city confronts a string of shootings that caught bystanders in crossfire. Last week, 12-year-old Kade Lewin died in Brooklyn when a barrage of bullets hit a parked car in which he was eating a meal with relatives. Days later, a 61-year-old woman died after she was struck by a stray bullet in the Bronx. And, last month, a 3-year-old toddler was shot in the shoulder outside a Brooklyn day care center.

As a weary city emerges from more than two years of pandemic limbo, a gap has opened between perceptions of crime and the realities of the city. This New York is more dangerous by some measures than the one many residents lived in at the start of the pandemic, in the spring of 2020. Yet it remains far safer than in previous years, and crime is lower than in many of the nation’s largest cities.

Gun violence hit historic lows in 2018 and 2019. Even with recent increases, rates of shootings, felony assaults and overall major crimes are similar to or below the levels of the late 2000s and early 2010s. There have been nine fewer murders this year compared with the same period last year.

This year’s first three months have also seen rises in crimes like burglaries, robberies and grand larcenies compared to the same periods in 2020 and 2021, although experts warn against short-term comparisons, particularly during the statistic-skewing pandemic.

New York isn’t the only city struggling to curb crime after the pandemic. In Houston, at least 473 homicides were recorded last year; New York saw only 15 more, with nearly four times the total population. And just 90 minutes south, Philadelphia saw 559 murders in 2021, in a city with just 1.5 million residents.

But fresh anxieties have driven warnings about a return to New York’s “bad old days,” when there were many years with more than 2,000 murders. To some, the resemblance between the periods lies not in the crime or the data, but in the coverage.

“It reminds me of the 1990s, in the sense that every incident of violence becomes a major news story,” said Jeffrey Butts, director of the research and evaluation center at John Jay College of Criminal Justice. “Some of these things are just shocking. But it’s also important to remember that these things have always happened, and still been fairly infrequent incidents. But they stay with you for so long and stick in your memory.”

Some types of crime have risen significantly since the pandemic began.

Shootings are twice as high as in the years preceding the pandemic, and the burden falls primarily on Black and Latino neighborhoods. More than 1,800 shootings were reported annually in the past two years after dropping under 900 in 2018. Attacks against Asian New Yorkers have spiked, with more than 130 hate-crime complaints reported to police last year, after just one in 2019.

The subway system has also grown more hazardous, with assaults and other major felonies significantly up during the pandemic, when adjusted for a weekday ridership below 60% of former levels. And not all types of frightening events like aggressive encounters on the street or harassment on a train are simple to track.

Still, Adams and Sewell have effected a host of changes at the Police Department, including the reincarnation of plainclothes anti-crime units disbanded in 2020 over allegations of brutality and excessive force. The new units have been reimagined to include training on constitutional rights and de-escalation, and officers now wear a modified uniform instead of street clothes, the Police Department said.

Since being redeployed in March, the units have made 121 arrests, 25 of which were for illegal gun possession, the Police Department said Wednesday.

Indeed, officials said Wednesday they had arrested a 21-year-old man driving a stolen car in Harlem, and were investigating whether he was involved in the drive-by shooting that left Lewin dead in East Flatbush. The suspect was driving a Mercedes-Benz that was one of two cars stolen in Queens on March 10, said James W. Essig, the chief of detectives. The other stolen car was used in the East Flatbush shooting, he said.