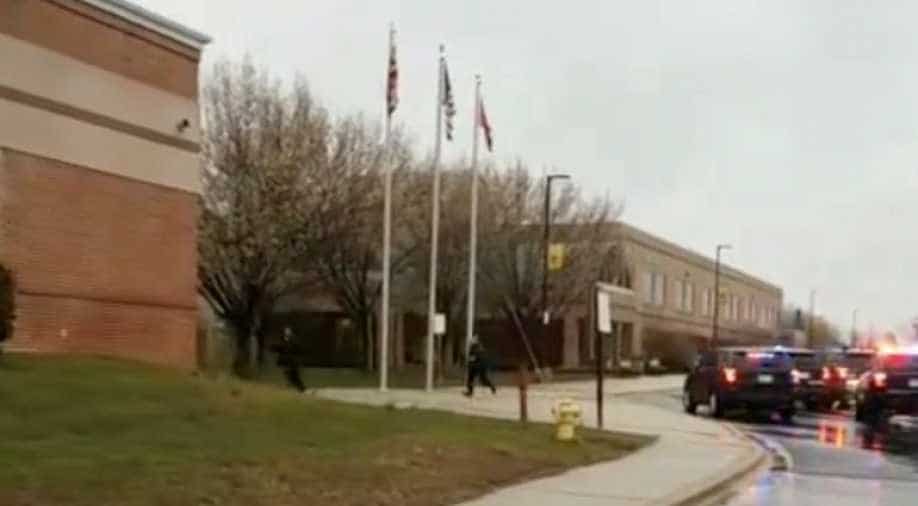 The two victims are in critical condition at hospitals. Photograph:( Reuters )

A student who shot and critically wounded two fellow students at a Maryland high school on Tuesday morning has died after exchanging gunfire with a campus security officer, the county sheriff said.

There has been an incident at Great Mills High School. Parents please DO NOT respond to the school. Report to Leonardtown High School

The school day had barely begun when the student, who has not been identified, shot a male student and a female student at Great Mills High School in St. Mary's County before the campus security officer intervened, county Sheriff Timothy Cameron told NBC's Washington affiliate.

The two victims are in critical condition at hospitals.

The officer was not harmed, and the public school's roughly 1,600 students were later escorted off campus by the police to reunite with their parents at another high school.

Local police units responded to the incident and the situation was contained.

An official warning has been issued to parents urging them to keep away from the area.

The site has been under a lockdown.

The shooting came four days before the March For Our Lives - partly organized by student survivors of the Parkland rampage - takes place in Washington to urge lawmakers to pass tighter gun control laws.

Maryland Governor Larry Hogan said he was monitoring events at the school. "Our prayers are with students, school personnel, and first responders," he said in a statement.