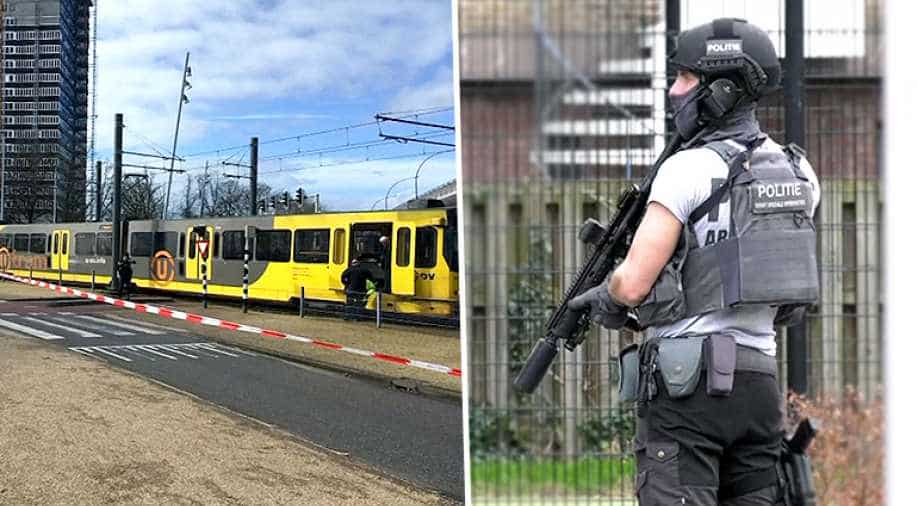 Three people have been killed and nine injured after a gunman opened fire on a tram in the Dutch city of Utrecht.

"At this stage, we can confirm three deaths and nine wounded, three of them seriously," Utrecht Mayor Jan van Zanen said in a video statement on Twitter.

Head of Dutch counter-terrorism agency said that shooting was taking place at "several" locations at Utrecht city in Holland, Reuters reported after a gunman opened fire at a tram on Monday morning.

Police said it was investigating the incident as a "possible terrorist motive". The gunman opened fire and fled, eyewitnesses said. According to police, the incident occurred at 10:45am(local time).

"Several shots were fired in a tram and several people were injured. Helicopters are at the scene and no arrests have been made," said police spokesman Joost Lanshage.

Authorities raised the terrorism threat to its highest level in Utrecht province as schools were told to shut their doors and paramilitary police increased security at airports and other vital infrastructure. Security was also stepped up at mosques.

Utrecht police said the tram station stop in a square outside the city centre had been cordoned off. Emergency services were at the scene.

The Netherlands has boosted security at airports and other key buildings after the shooting, Dutch military police said. 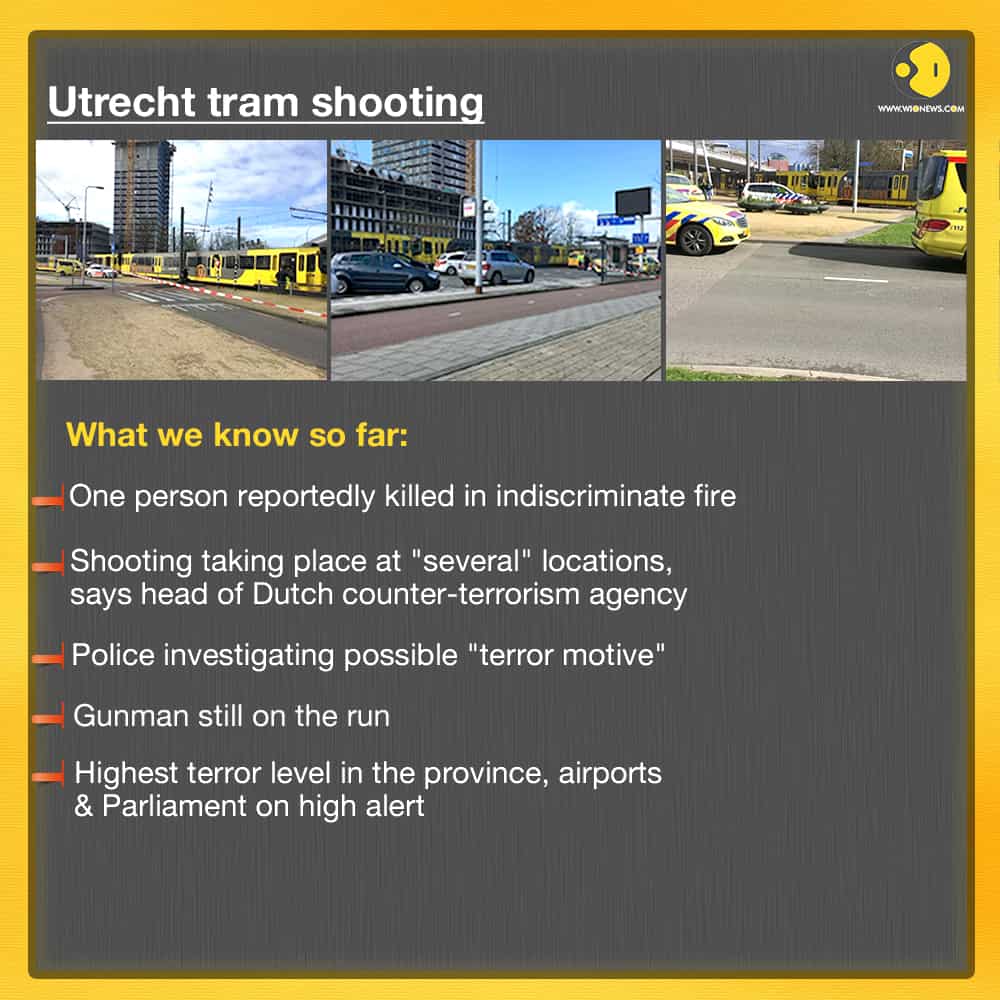