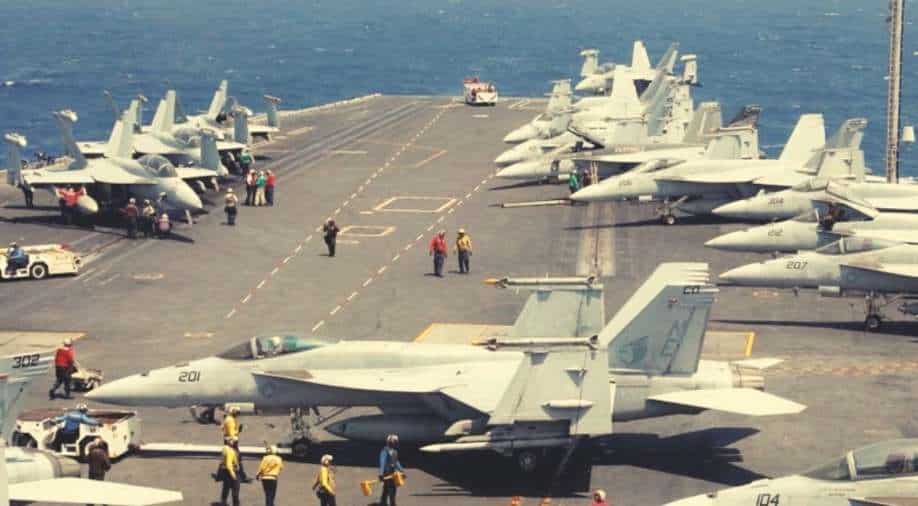 This is a representative image for the F-35 'landing mishap' update. Photograph:( Twitter )

Seven US sailors were injured in a Navy F-35C fighter accident on an aircraft carrier in the South China Sea on Monday (January 24), the Navy informed.

As released in a statement, the Navy stated that an F-35C Lightning II, which is assigned to Carrier Air Wing (CVW) 2, had a "landing mishap" on the deck.

The statement noted that the incident happened while USS Carl Vinson (CVN 70) was conducting routine flight operations in the South China Sea on January 24.

The US Pacific Fleet said that pilot is in stable condition after he ejected safely from the aircraft. He was recovered with the help of a US military helicopter.

"There were seven total Sailors injured; three Sailors required MEDEVAC to a medical treatment facility in Manila, Philippines, and four were treated by on-board medical personnel," a part of the statement read.

"All three MEDEVACs are assessed as stable. Of the four Sailors treated by on-board medical, three have been released," it added.

IN PICS | Russia's 'checkmate': Why the Orion combat drone is a gamechanger

So far, no details were provided on the cause of the incident or the actual condition of the aircraft.

The Pacific Fleet also said that the said the incident was under investigation.

Important to note that the Vinson and another US carrier, the USS Abraham Lincoln, and their strike groups began drills Sunday in the South China Sea, following exercises with a Japanese naval ship in the Philippine Sea last week.