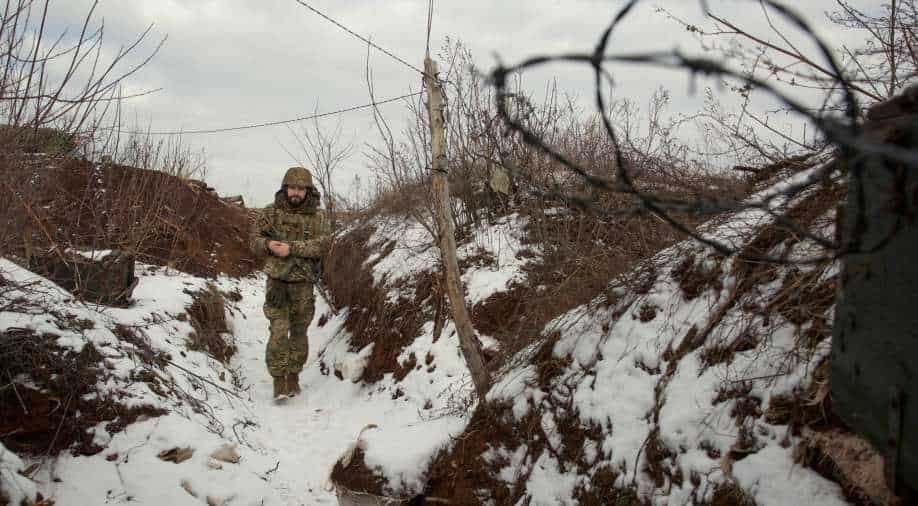 US President Joe Biden said he was in 'total unanimity with all the European leaders' as leaders discussed 'joint efforts' to thwart Russia's moves against Ukraine.

Amid tensions at the border with Ukraine, UK Prime Minister Boris Johnson said Russia was planning a "lightning war that could take out Kyiv” while adding that it " would be a disastrous step”.

Western leaders said it was up to "Russia to undertake visible de-escalation initiatives" as NATO decided to send extra forces to eastern Europe.

US President Joe Biden had a video chat with European leaders to discuss the escalating tension with Russia as the allies sought to put pressure on Putin's regime.

Biden said he was in "total unanimity with all the European leaders" as leaders discussed "joint efforts" to thwart Russia's moves against Ukraine.

The leaders agreed to impose "massive consequences and severe economic costs" as NATO said it will send ships and fighter jets to eastern Europe.

The Biden administration said it has put 8,500 troops on alert to be deployed at short notice amid large scale buildup of Russian troops at the Ukraine border.

Russia had reportedly deployed over 100,000 troops on the Ukraine border even as President Putin has rejected warnings from European nations that Russia was set to invade Ukraine. The Kremlin has maintained Russian troops have the right to move anywhere within their own territory.

However, EU foreign policy chief Josep Borrell called for calm while stating that there should not be "nervous breakdown" even as UK and Australia ordered their diplomats to leave Ukraine after the US asked its diplomatic staff to leave even as Russia accused NATO of "hysteria."