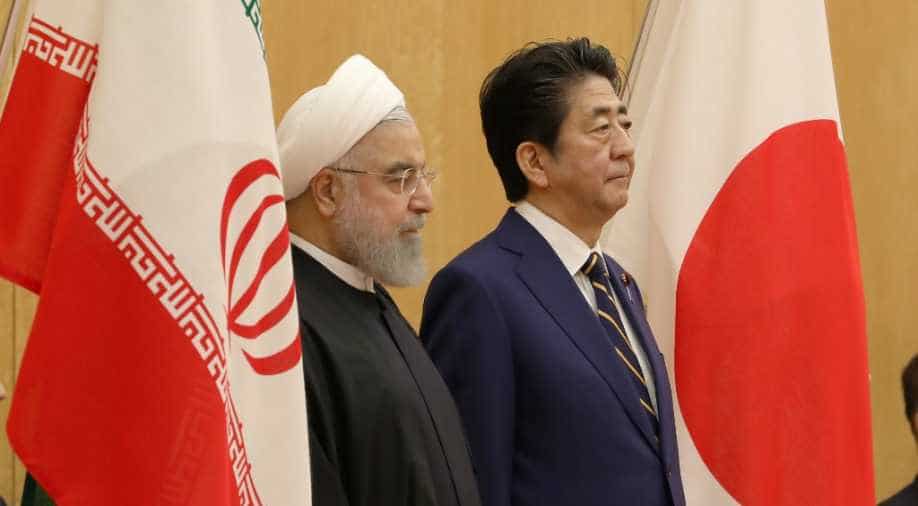 The visit to Japan was the first by an Iranian head of state in two decades and came following deadly protests in Iran over fuel price hikes.

On Saturday, Rouhani held a closed meeting at a Tokyo hotel with Japanese business leaders, during which he criticised US sanctions and expressed hope for boosting long-standing ties with Japan, public broadcaster NHK said, quoting the Iranian foreign ministry.

The economic crisis in Iran deepened after the US withdrew from the historic Joint Comprehensive Plan of Action (JCPOA) last year and imposed sanctions on the country. The JCPOA limits Iran's uranium enrichment capacity and prevents the country from sanctions.

The visit to Japan was the first by an Iranian head of state in two decades and came following deadly protests in Iran over fuel price hikes.

In a summit with Prime Minister Shinzo Abe on Friday, Rouhani sought help from Japan and other countries to revive the Iranian economy.

"We welcome any plan that can increase trade, especially in the field of energy and increasing the exports and sales of oil," Rouhani told Abe, according to Iranian state news agency IRNA.

The Japanese PM asked his counterpart to follow the 2015 nuclear deal, adding that Tokyo will do its best to ensure stability is maintained in the Middle East. Rouhani asked Abe to work with other countries to keep the nuclear deal in place.

Japan is a key US ally and in an attempt to ease tensions between Iran and the United States, Abe earlier visited Tehran in June.