Iran's Rouhani to meet Japan PM amid tension with US 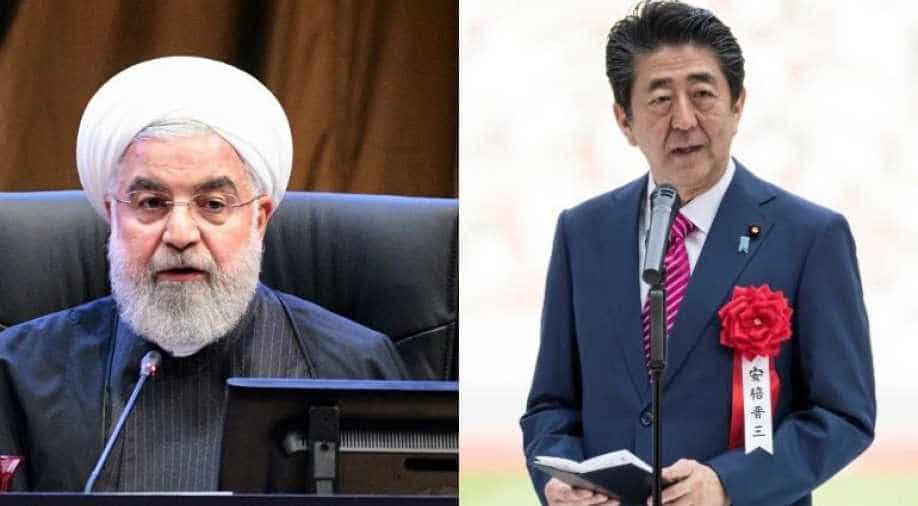 The trip comes after violent protests last month over petroleum price hikes in Iran, as Washington-imposed sanctions over its nuclear programme hit the Iranian economy.

President Hassan Rouhani will make the first visit to Japan by an Iranian head of state for two decades Friday, as Tokyo seeks to mediate between Tehran and Washington amid spiralling nuclear tensions.

The trip comes after violent protests last month over petroleum price hikes in Iran, as Washington-imposed sanctions over its nuclear programme hit the Iranian economy.

The United States re-imposed crippling sanctions on Iran in 2018 after withdrawing from an international deal aimed at tackling the Islamic Republic's nuclear programme.

Iranian government spokesman Ali Rabiei has played down the mediation aspect of the trip, saying the visit to Tokyo had "nothing to do with issues such as negotiations with America".

However, he acknowledged that "our Japanese friends usually convey messages or initiatives, which we welcome... and seriously examine".

As a key US ally that also maintains close diplomatic and economic ties with Iran, Prime Minister Shinzo Abe has tried to build bridges between the two rival powers.

Last week, Abe said he would strive "as much as possible to ease tensions" in the Middle East, noting Japan's alliance with Washington and "favourable relations" with Tehran.

Abe travelled to Tehran in June to try to ease the tension between the United States and Iran in the Gulf.

Japan was formerly a major buyer of Iranian crude but stopped purchases to comply with the US sanctions.

Rouhani comes to Japan from Kuala Lumpur where he called on Muslim countries at a summit to band together to fight US "economic terrorism".

Osamu Miyata, head of Center for Contemporary Islamic Studies in Japan (CCISJ), told AFP that Abe would find it difficult to steer a path between US President Donald Trump and Rouhani.

The US sanctions "are having a serious impact on every aspect of Iran - people's daily life, the country's finances, and inflation in imported goods", Hitoshi Suzuki, an expert on Middle Eastern studies at Institute of Developing Economies (IDE-JETRO), told AFP.

"It would be difficult to have tangible achievements from the Rouhani-Abe meeting this time, but in the long-term, Japan can warn the US that the current sanctions are having a serious negative impact," added Suzuki.

"This could prompt Iranian domestic politics to move in the opposite direction hoped for by the US - For example, hawks leading Iran to the resume nuclear development, or the emergence of an anti-democratic Iran," he said.

Abe and Rouhani are expected to inspect a guard of honour before summit talks and dinner.

They are not scheduled to brief reporters after the talks.