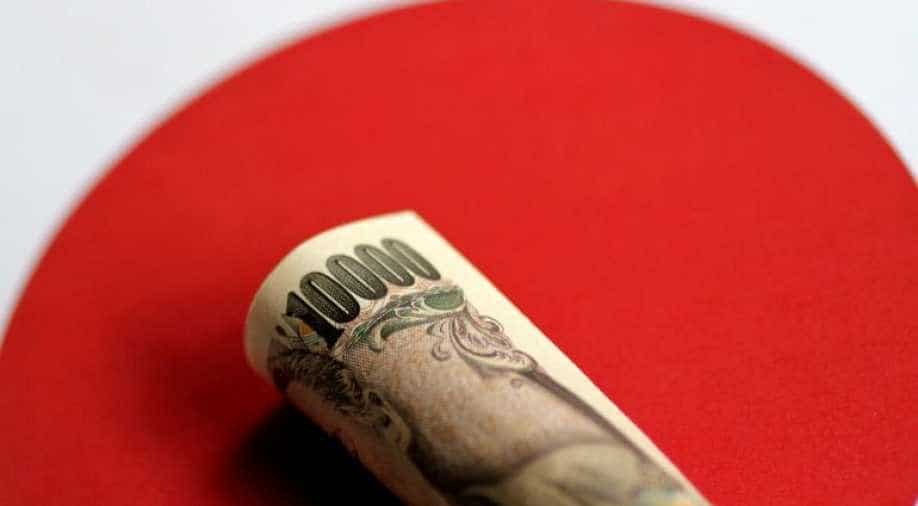 The government is set to sell 128.8 trillion yen ($1.19 trillion) of Japanese government bonds (JGBs) in the next fiscal year beginning in April 2020.

The drop would mark the seventh straight year of declines in total debt issuance, despite rising fiscal spending as worries grow that cooling global growth and the US-China trade war could hit corporate tax income in export-led Japan.

The government is set to sell 128.8 trillion yen ($1.19 trillion) of Japanese government bonds (JGBs) in the next fiscal year beginning in April 2020, down from this year's 129.4 trillion yen, the two officials said on condition of anonymity because the plan has not yet been announced.

Of the total, the government is considering increasing issuance of JGBs with maturity of 40 years by 600 billion yen from the current fiscal year to 3 trillion yen, the officials said, in a nod to solid demand from investors hunting for yield amid years of ultra-low interest rates.

Issuance plans for other maturities will remain unchanged, they added.

New bond issuance for next fiscal year, which excludes bonds issued to roll over those reaching maturity, will fall for the 10th straight year to 32.56 trillion yen, versus this fiscal year's 32.7 trillion yen.

The government is expected to approve its draft budget for next fiscal year on Friday.

The general-account budget will hit a record 102.66 trillion yen in spending due to increases in welfare to support the fast-ageing population as well as military outlay, according to the draft. Tax revenue is estimated at 63.51 trillion yen.

After peaking at a record 156.6 trillion yen issued in fiscal 2013, government bond issuance has been declining, supporting Abe's arguments that Japan is keeping its fiscal house in order while boosting spending to reflate the economy.

The government has managed to trim the amount of JGBs sold to the market in recent years, partly by tapping funds raised in the past from "front-loading" JGB issuance, which took advantage of low borrowing costs.

Still, Japan's public debt is the highest among advanced economies and total spending under next fiscal year's budget is likely to hit a new record. And yet, bond yields have been kept low due to the Bank of Japan's aggressive buying under a policy that caps 10-year government bond yields around 0 per cent.

The BOJ's ultra-loose monetary policy has crushed yields across the curve, forcing investors to hoard super-long government bonds in search of higher returns.

Wary of the implications of a flattening yield curve on financial institutions' profits, BOJ Governor Haruhiko Kuroda has repeatedly warned against excessive falls in super-long yields.

The increase in supply of 40-year bonds could alleviate the pain of investors, though many analysts doubt the effect on steepening the yield curve would be sustainable.