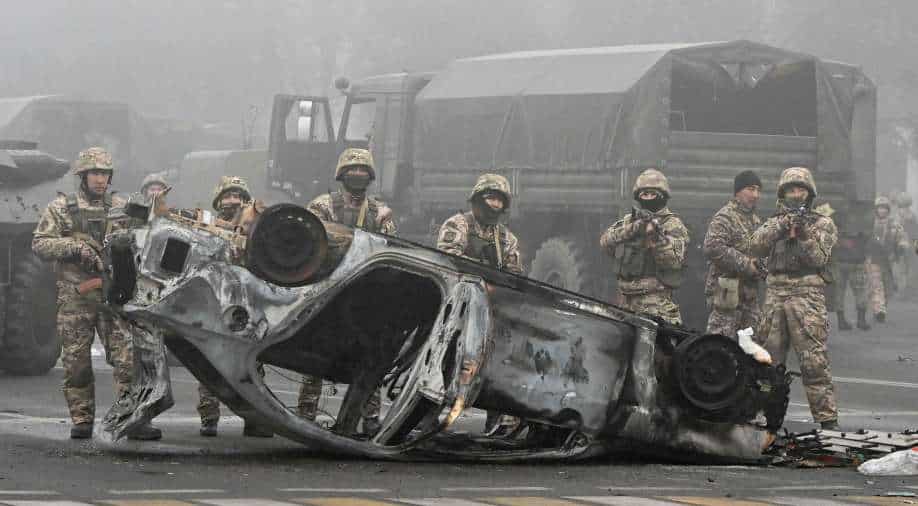 Protests have continued as demonstrators took control of Almaty airport even as Tokayev declared that the protesters were "terrorist gangs".

At least 1,000 people were wounded and several killed in Kazakhstan during anti-government protests against rising fuel prices which has widened into large scale nationwide demonstrations.

President Kassym-Jomart Tokayev who has been facing heat from protesters appealed for help from Russian-led Security Treaty Organisation (CSTO) as Russia sent paratroopers and military units. The president's cabinet had resigned earlier.

CSTO said it had sent "peacekeeping forces" to Kazakhstan for a "limited time to stabilise and normalise the situation".

Meanwhile, reports claimed at least twelve security officials were killed in the unrest.

Protests have continued as demonstrators took control of Almaty airport even as Tokayev declared that the protesters were "terrorist gangs".

As protests raged, Tokayev said: "It is an undermining of the integrity of the state and most importantly it is an attack on our citizens who are asking me to help them urgently."

Reports claimed internet services were down with banks suspending work due to increased violence in the streets.