Nationwide emergency declared in Kazakhstan, US and UN urge restraint 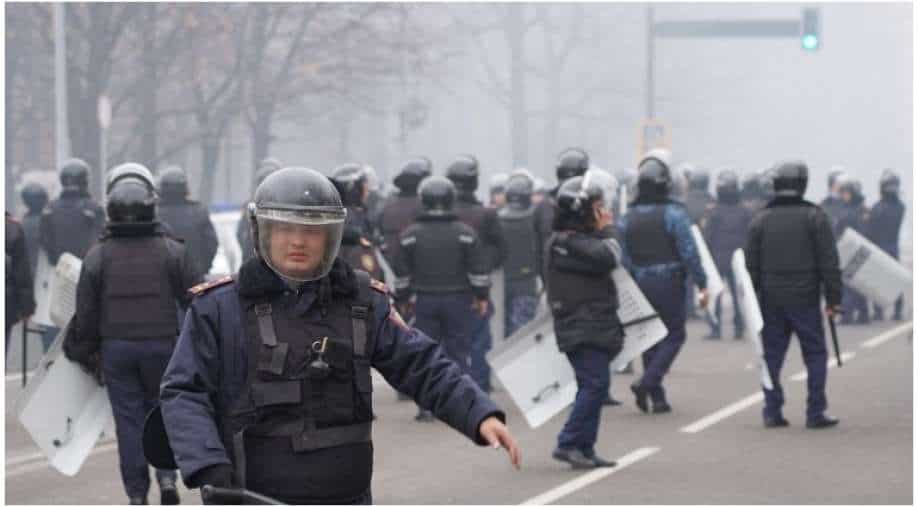 Riot police officers patrol in a street as unprecedented protests over a hike in energy prices spun out of control in Almaty on January 5, 2022 Photograph:( AFP )

Kazakhstan declared a nationwide state of emergency on Wednesday. The step was taken after protests over fuel price hike erupted into clashes and even involved protesters storming government buildings. State of emergency had been declared on Wednesday morning in some cities hit by violence. The emergency was extended across the country late in the evening.

US and the United Nations have urged Kazakh authorities to show 'restraint' while dealing with civil unrest.

White House Press Secretary Jen Psaki said the United States supports "calls for calm" and said protesters should be able to "express themselves peacefully," urging the authorities "to exercise restraint."

The United Nations also called for all parties to "exercise restraint, refrain from violence and promote dialogue."

Psaki said "crazy Russian claims" about a US hand behind the mass demonstrations are "absolutely false and clearly a part of the standard Russian disinformation playbook."

The country has been roiled by protests since the start of the year which escalated Wednesday into clashes with police.

Authorities cut internet and mobile phone access nationwide and earlier declared states of emergency in the epicentres of the rallies -- financial capital Almaty and the Mangystau province -- as well as in the capital Nur-Sultan, where no demonstrations have so far been reported.