Amid protests over fuel price hike, Kazakhstan declares state of emergency in cities hit by unrest 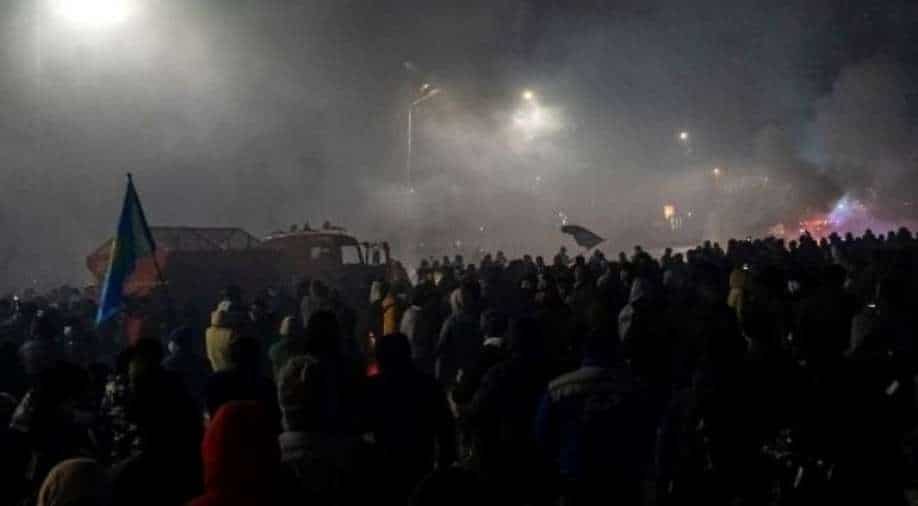 According to the presidential website, President Qasym-Jomart Tokayev declared states of emergency in Almaty and the hydrocarbon-rich western region of Mangystau from January 5 until January 19

As protests over a regional energy price hike engulfed other regions of the vast former Soviet country, Kazakhstan's president declared states of emergency in Almaty and an oil-rich western region Wednesday.

Kazakstan's financial capital Almaty has been in chaos since late Tuesday after police fired tear gas and stun grenades to quell protests that began in the west of the country over a spike in Liquified Petroleum Gas (LPG) prices.

According to the presidential website, President Qasym-Jomart Tokayev declared states of emergency in Almaty and the hydrocarbon-rich western region of Mangystau from January 5 until January 19.

Earlier, Tokayev had called for the return of the order in a video posted on Facebook by his press secretary Berik Uali.

"Don't submit to provocations from within and without. Do not heed calls to assault government buildings. This is a crime for which you will be punished. The government will not be felled, but we don't need conflict," Tokayev said in the address.

"Old man out" was chanted in reference to Tokayev's still-powerful predecessor and mentor Nursultan Nazarbayev. "Government resign" was screamed before police moved in, sparking battles between protesters and police in the city square.

Two independent news websites that reported on the protests appeared to have been blocked, as well as the messaging apps Telegram, Signal and WhatsApp.

Across the country of 19 million, smaller protests have been taking place since Sunday, beginning in Zhanaozen in Mangystau.

To begin with, an increase in LPG prices in hydrocarbon-rich Mangystau sparked the unrest, though a government move to lower the prices failed to calm the protesters.

President Qasym-Jomart Tokayev tweeted late on Tuesday that authorities had decided to lower LPG prices in Mangystau "to ensure stability."

According to independent media reports, his announcement of a new price of 50 tenges per litre (11 US cents), down from 120 at the beginning of the year, barely dampened protests in Zhanaozen and Aktau, the capital of Mangystau.

Small spontaneous marches and arrests of activists were reported in Nur-Sultan, the national capital.

Mangystau relies on cheap LPG as the main fuel for its automobiles, and any jump in prices would have affected food prices, which have risen steeply since the beginning of the Coronavirus pandemic.