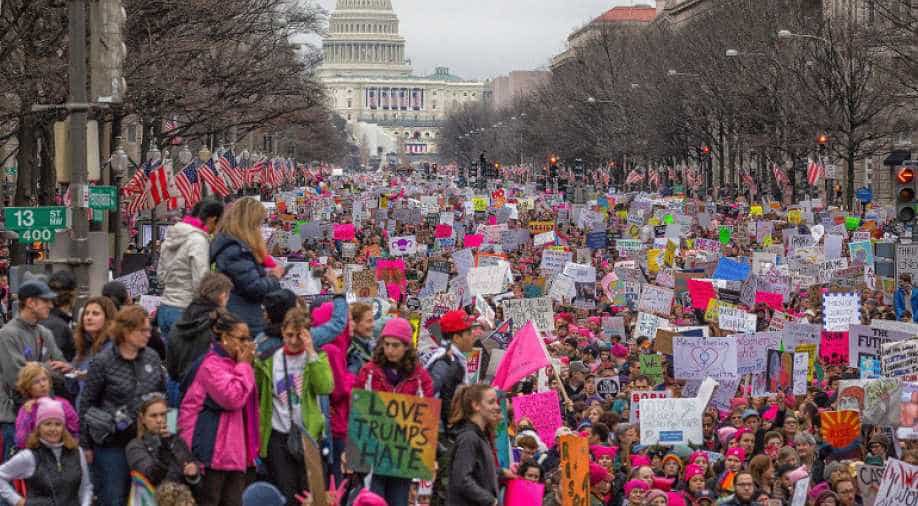 This year women's march will be focussing on women's participation in elections titled 'power to the polls.' (Image Source: Wikimedia) Photograph:( Others )

Women's march that brought million people to the streets of USA will mark its one year this weekend on Saturday.

The march will take place on January 20 in Washington and many other places of the United States.

The rally is scheduled to start at 11:30 from 72 and Central Park West.

The full block in front of the stage will be reserved for those with disabilities. The march will go past Columbus Circle, East on 59th Street, and South on 6th Avenue with exits at 45th/44th/43rd streets.

Focussed on standing together for each other and protesting against Trump in 2017, this year women's march will be focussing on women's participation in elections titled "power to the polls."

The reports say that so far about 85,000 people have registered to come to the event.

The women's march in 2017 was largest single political demonstration since the anti-Vietnam war protests in the 1960s and 1970s.