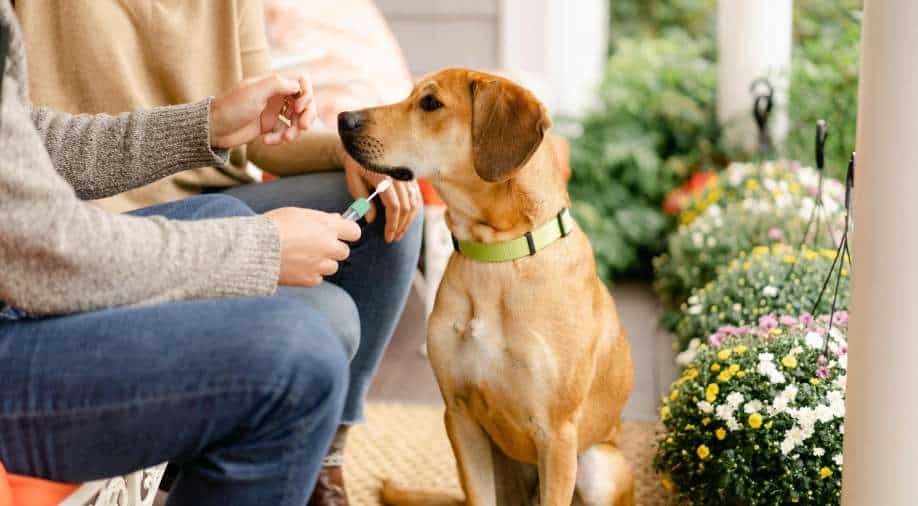 A study suggests that dogs have a special gene that lowers their stress, making them more relaxed around people.

Scientists claimed to have discovered the exact reason how dogs became man’s best friend—the answer lies in the genes.

It has historically been argued that the domestication of dogs was an evolutionary process that started with the wolves about 33,000 years ago somewhere in Southeast Asia.

But a study suggests that dogs have a special gene that lowers their stress, making them more relaxed around people. The research says that this enabled a special relationship to develop between a man and a dog.

This gene produces the hormone cortisol, nature's built-in alarm system which is released during fear or anxiety.

Co-author of the study, Professor Miho Nagasawa of Azabu University, was quoted as saying, "These findings imply MC2R played a role in the domestication of dogs, perhaps by promoting lower levels of stress around humans."

In the first, the dog had to decide which bowl had food hidden under it based on cues, such as gazing, pointing and tapping. This experiment tested the animal’s understanding of human gestures and communication.

While the second looked at the social attachment to humans.

The dogs were given a problem-solving test, which involved them attempting to open a container in order to access food. The main of the study was to measure how often and long the dog spent looking at the researchers.

The dogs were separated into two groups depending on their breed – the ancient group (consisting of breeds considered genetically closer to wolves such as the Akita and Siberian Husky) and the general group (all other breeds which are more genetically distant from wolves).

The study found out that the dogs in the ancient group looked at the researchers less often than other dogs during the problem-solving task, suggesting that they were less attached to humans.

The researchers found there were no significant differences between the breeds in the first task.

They then looked for differences in genes associated with human-related cognitive abilities between the groups.

According to the findings, two changes to the melanocortin 2 receptor (MC2R) gene were associated with both correctly interpreting gestures in the first task and gazing at the scientists more often in the problem-solving task.

The researchers say this suggests the gene may have played a role in the domestication of dogs, perhaps by promoting lower levels of stress around humans.