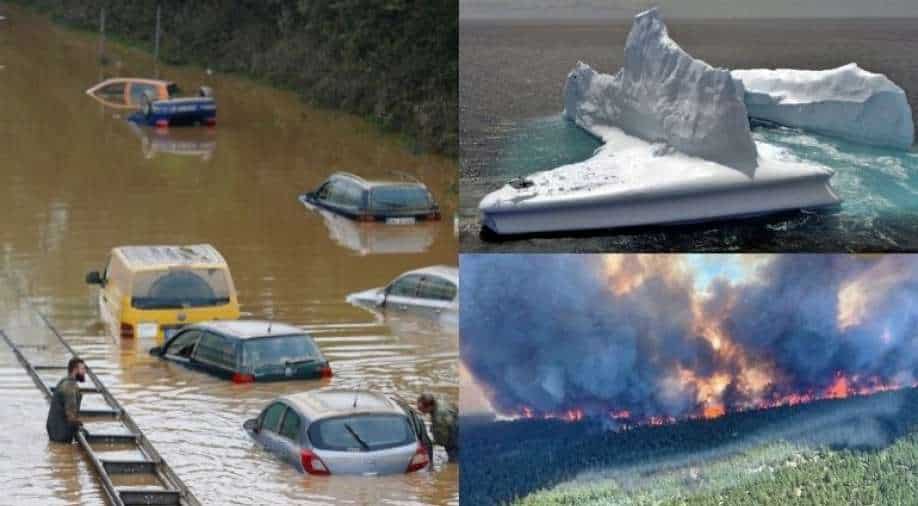 The analysis is based on the research conducted by the Helix project, funded by the European Union. It maps the risks of climate disasters

Scientists have warned that one billion people could suffer the severe impact of a mere rise of two degrees in global temperature.

The research, released by the Met Office of the United Kingdom, portrays a ''scary vision of the future,'' with experts saying that the world is ''woefully underprepared'' for what lies ahead.

The analysis is based on the research conducted by the Helix project, funded by the European Union. It maps the risks of climate disasters.

The 15-fold increase in the numbers exposed today can lead to a severe heatwave crisis across the world.

The findings have been published during a landmark United Nations climate summit in Scotland being held to keep alive the possibility of capping global warming at 1.5 C above pre-industrial levels, the limit beyond which the world will be courting devastating climate impacts.

The Glasgow gathering, which runs to November 12, comes as an accelerating onslaught of extreme weather events across the world underscores the devastating impacts of climate change from 150 years of burning fossil fuels.

''Any one of the climate impacts presents a scary vision of the future. But, of course, severe climate change will drive many impacts, and our maps show that some regions will be affected by multiple factors,'' said Andy Wiltshire, at the Met Office.

Meanwhile, Albert Klein Tank, director of the Met Office Hadley Centre, said ''These maps reveal areas of the world where the gravest impacts are projected to occur. However, all regions of the world, including the UK and Europe, are expected to suffer continued impacts from climate change.''

At a UN climate summit 12 years ago in Copenhagen, rich nations promised to hand developing countries $100 billion a year by 2020 to help them adapt to climate change.

The target was missed and at COP26, richer nations have said they will meet the goal in 2023 at the latest, with some hoping it could be delivered a year earlier.